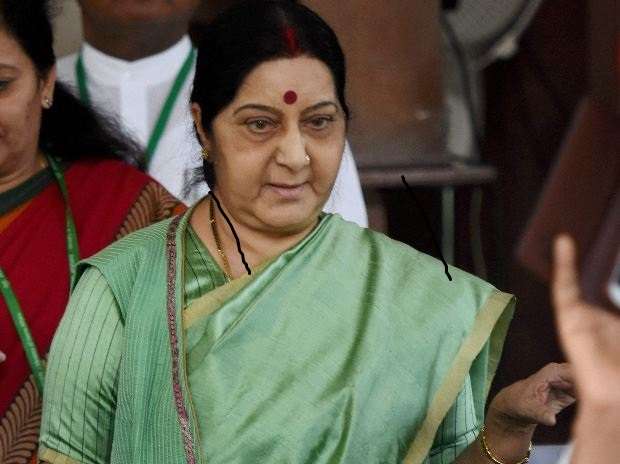 Sri Lanka's Defence Secretary Hemasiri Fernando resigned over his failure to prevent the Easter terror attacks even as the health ministry Thursday night sharply revised the death toll downward to 253, saying the previous figure of 359 was due to a "calculation error".

Prime Minister Ranil Wickremesinghe said authorities were targeting the "sleepers" who could trigger another round of bombings as police released photos of six suspects, including three women, wanted for their involvement in the attacks and sought information regarding them from the public.testing.. we are here....

Authorities earlier said nine bombers, believed to be members of a local Islamist extremist group called National Thowheed Jamath (NTJ), carried out the blasts that killed 359 people and wounded more than 500 others.

However, in an embarrassing revision, Dr Anil Jasinghe, Director General of the Health Services, said the larger death toll was released as a result of a calculation error.

"The approximate total of the dead would be 253 and not 359 as reported in media," he said in a statement.

Defence Secretary Fernando handed over his resignation letter to President Maithripala Sirisena Thursday. Sirisena had asked Fernando and Inspector General of Police Pujith Jayasundara to quit after their failure to prevent the blasts despite having prior intelligence.

Facing public criticism for not acting against Islamist extremist groups in the island nation, Prime Minister Wickremesinghe said some of the suspected attackers responsible for the Easter bombings were being monitored by the country's intelligence services.

But authorities did not have "sufficient" evidence to place the suspected attackers in custody prior to the attacks, he said.

Top officials have acknowledged that Sri Lanka received intelligence about possible terror strikes ahead of the attacks, but both Sirisena and Wickremesinghe have said that they did not receive the information.

Wickremesinghe told CNN that he did not rule out the possibility of more attacks in the country. He said authorities were now focussing on "sleepers" - terrorists who could activate another round of attacks.

"Police and security forces are rounding up those involved, but they're also rounding up the sleepers, those used on second and third rounds (of attacks)," he said.

"The danger has come down drastically, (but) we do have to pick up some more sleepers, which we will do in the next few days." He said security services were acting out of an abundance of caution, and that should even one militant slip through the net, the damage could be widespread.

"It is a precaution that we are taking, we want to be sure we have everyone in," Wickremesinghe said. "They are worried that one or two could get into a church -- (even) one person can do a lot of damage."

The Lankan authorities have intensified their search operations with the help of the army and arrested 16 more suspects. Officials said that with the fresh arrests, the total number of suspects under their custody has risen to 76.

President Sirisena has said that 139 people have been identified as suspects in connection with the attacks.

Addressing an all-party conference, Sirisena said that a Combine Operation Centre will be established within the defence ministry for the enforcement of the country's security measures from Friday.

Meanwhile, security has been beefed up around "a certain category of mosques" after intelligence warning that the Islamist extremist group blamed for the Easter blasts was planning an attack on them during Friday prayers.

A letter, signed by DIG Priyantha Jayakody on behalf of Inspector General of Police Jayasundara, warned that the group which had carried out the Easter blasts was planning an attack on mosques on Friday, the Times Online reported.

The letter dated April 24, 2018 said a certain category of mosques identified as 'Awliya Mosques' could be possible target for these attacks.

"Security has been tightened in the vicinity of all mosques owing to these possible attacks. Therefore, the public need not worry," Jayakodi said.

Chairman of the Dewatagaha Mosque in Colombo said that the State Intelligence Service has informed him of a possible threat by the group, which was involved in the Sunday's carnage.

He said that intelligence officers have also informed him that other mosques too would be warned of a possible attack in order for devotees to remain vigilant of possible threats.

Minister of Muslim Religious Affairs Abdul Haleem has requested the community members to avoid gathering for congregational prayers this Friday.

The Archdiocese of Colombo Thursday suspended all Catholic church services because of security concerns.

Warning: file_get_contents(/usr2/data/content/bs/article/19/04/119030700002.json): failed to open stream: No such file or directory in /usr2/unibs/application/modules/article/controllers/ManagerController.php on line 1123

Warning: file_get_contents(/usr2/data/content/bs/article/19/04/119030600001.json): failed to open stream: No such file or directory in /usr2/unibs/application/modules/article/controllers/ManagerController.php on line 1123

Warning: file_get_contents(/usr2/data/content/bs/article/19/04/119030100001.json): failed to open stream: No such file or directory in /usr2/unibs/application/modules/article/controllers/ManagerController.php on line 1123