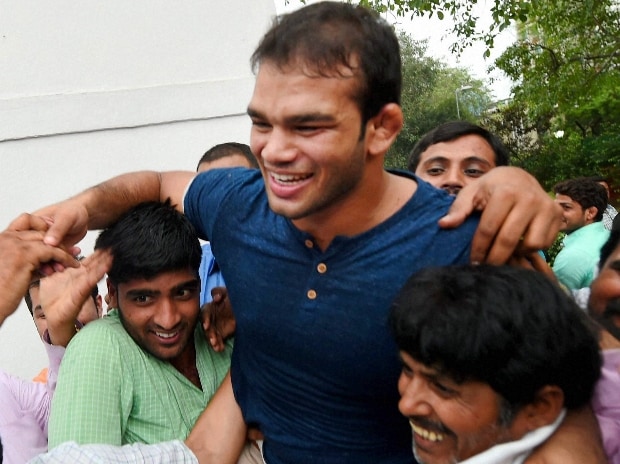 Left red-faced by the four-year ban imposed on Narsingh Yadav by the Court of Arbitration (CAS), the Wrestling Federation of India on Sunday demanded a CBI probe into the doping scandal that has jeopardised the grappler's entire career.

"The Wrestling Federation of India President (Brij Bhushan Sharan Singh) feels that the World Anti-Doping Agency's timing of appeal against the NADA clean chit to Narsingh was suspect. He had also objected to the CAS hearing being held just hours before the competition started in the Olympics," the WFI said in a statement.

"The notice from CAS came at such a time neither could Narsingh bring his lawyer to Rio to argue his case nor could a replacement be arranged for the 74kg category by the WFI," the release added.

The World Anti-Doping Agency (WADA) had appealed against the NADA all-clear to Narsingh at CAS, three days ahead of his scheduled opening bout at the Olympics.

The verdict marked a painful end to the controversy which began with the wrestler failing a June 25 test.

Having grabbed the quota by virtue of his World Championships bronze medal in Las Vegas last year, Narsingh's road to Rio was fraught with obstacles after he was named to represent India ahead of double Olympic-medallist Sushil Kumar.

Sushil dragged Narsingh to the Delhi High Court and a bitter courtroom tussle followed but the judgement went in the latter's favour.

There was more drama in store for the Asian Games bronze-medallist after he returned positive for a banned steroid following a dope test in June by the NADA.

Narsingh's roommate at the SAI centre in Sonepat also tested positive for the same substance but WFI backed the Mumbai-based wrestler's claims of foul-play.

Days before the Olympics, Narsingh was cleared of doping charges by the NADA who said he was indeed a victim of 'sabotage' and deserved the benefit of doubt.

"Narsingh told CAS that he had complained against the suspect who might have spiked his drink but the Haryana Police has been unable to catch him so far. Had the police got hold of this suspect, the country would not have lost the chance to grab a medal," the WFI said.

"The WFI and its President thus demanded a CBI inquiry into this incident so that no other player goes through this," it added.