JUST IN
TRENDING
You are here: Home » Specials » TakeTwo » Stories
;

Balki: The man for all brands

In infrastructure funding, repairs take a back seat

Little attention is being paid to keeping roads, bridges and flyovers in good shape 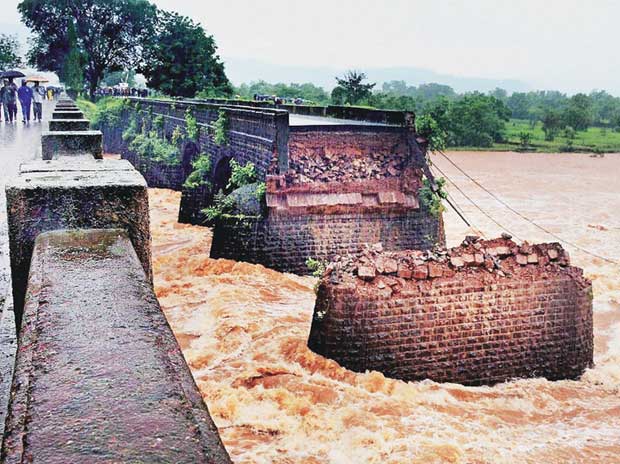 Earlier this month, as Gurgaon grappled with chock-a-block traffic and Bengaluru with flooded streets, something more dangerous and absurd happened in Delhi. A 44-year-old man was run over by a water tanker after he fell into a pothole on a major artery in the Vasant Kunj area.

Two days later, another deadly accident happened on the highway connecting Mumbai to Goa when a British-era bridge collapsed under pressure from the flooding of the Savitri river, sending a number of vehicles into the raging waters below. Over 22 people died in the incident as drivers could not see the ruptured stretch of the bridge in the dead of night.


Examples of infrastructure failure abound in the country. From bridges collapsing to flyovers giving way and trains going off track, it is clear the government is struggling to keep its roads and bridges in good shape.

In the Savitri river case, a public interest litigation has been filed in the Bombay High Court seeking action against the National Highways Authority of India (NHAI) and the Maharashtra government. The petitioners allege the bridge was structurally deficient, but the authorities failed to recognise that.

A death trap
At other places, unfinished projects are adding to people’s woes. The 84-km Panvel-Indapur stretch on the Mumbai-Goa highway, which is stuck in a land acquisition row, has turned into a veritable death trap for commuters.

The project, which has been jointly constructed by Mahavir Roads and Infrastructure and Supreme Infrastructure India on a build-operate-toll basis, has been the cause of over 500 accidents and 122 deaths over the past one year. 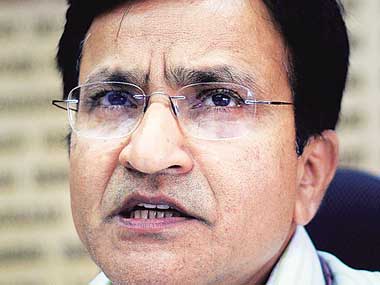 Raghav Chandra, chairman, NHAI, says despite the “enormous safety issues” created by the project, there are no immediate solutions to the problem. “It is easy to terminate the contract. It goes into litigation and unless the court order comes, nothing can be done,” says Chandra. “But it is important to complete this road and get going on the project,” he adds.

So far, half the work has been done on the stretch and now NHAI along with lenders is trying to revive it by infusing fresh funds.

The Vivekananda Road flyover in Kolkata is another example of a stuck project turning into a death trap. The flyover, which was under-construction for over eight year, collapsed in March this year, killing 24 people.

For almost two decades now, successive governments at the Centre and the states have been focused on promoting investment in infrastructure—highways, power, ports and bridges. According to the budgetary estimates, road infrastructure alone, constituted 33.4 per cent of the Centre’s plan outlay in 2015-16. The plan outlay in this segment has been in double digits. According to the Economic Survey, 33.4 per cent of the central plan outlay in 2015-16, 24.9 per cent in 2014-15 and 17.2 per cent in 2013-14 have been on road transport. The only other sectors where the share is in double digits are energy and social services.

In contrast, operations and maintenance have not received the same attention. “The emphasis in India has largely been on capital creation and not maintenance. We create new assets but do not pay enough attention to maintenance of existing infrastructure,” says Vinayak Chatterjee, chairman, Feedback Infra, an infrastructure consultancy that has been involved with project design and execution in the sector.

While there are standard procedures laid down for audit of bridges and railway tracks, lapses are more common than they should be. Experts say patrolling of tracks during monsoon and whenever heavy rain is forecast is not a foolproof system, as several accidents in recent months have shown. In August last year, two trains, the Kamayani Express and the Janata Express, plunged into the river within minutes of each other while crossing a small bridge in Madhya Pradesh, killing over 30 people, even after regular patrolling of the track.

Experts say advance systems like track circuiting can detect defects more accurately without the need for manual patrolling, but fund crunch prevents the railways from implementing them.

Signs of change
Lately, the government has started to bundle together operation and maintenance contracts along with construction contracts for projects built under the hybrid annuity and BOT model. If there is a deviation from standard parameters, the contractors will be held liable and made to pay a heavy penalty.

Besides, there is a move to create specialised operation and maintenance contractors for national highways. On August 3, the government cleared a proposal under which 75 national highway projects will be bid out for O&M contracts.

In projects constructed under engineering, procurement and construction model, after completion of construction and defect liability period of up to four years, contractors exit the projects and the entire responsibility of maintenance and day-to-day operations, including toll collection, falls on the NHAI, which, in turn, outsources the work to multiple vendors. The new move to build long-term partnership with contractors is intended to bring more accountability to the sector.

In February this year, the government also launched an audit of all road bridges across the country to evaluate their structural health. Consultants are being tasked with mapping the bridges and then compiling details such as the year of construction and the frequency of repair and maintenance work undertaken.

The idea is to create an IT-enabled data base that will send alerts and pop-ups whenever a bridge is due for maintenance. However, experts say this still leaves a number of loopholes in the system. For example, the system will have no way of knowing whether the maintenance work was actually carried out or not. Chatterjee says lack of funds at the local level and shortage of people could compound the problem further.

Until these issues are resolved, people and businesses will continue to pay the price for unrepaired infrastructure.