JUST IN
TRENDING
You are here: Home » Specials » Brand-W
;

Brands bring it on at Rio

Edelweiss, Tata Salt, Amul, Samsung and a clutch of other companies commit close to Rs 10 cr for the Olympics, look at ways to maximise viewer interest and involvement 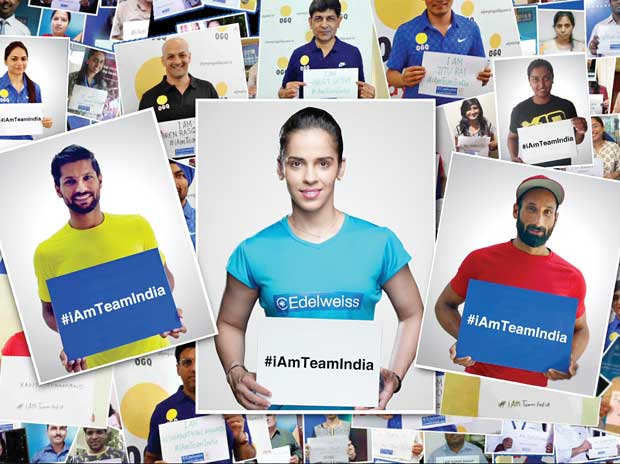 It is hard to find heartening news about the Rio Olympics. Doping scandals, the Indian hockey team's fight for a television set and of course, the usual exchange of words between the country's tennis stars over who will (or won't) Leander Paes's partner at the doubles games have grabbed public attention as have stories about the abysmal conditions at the Games village in Rio and the overall ineptitude of the organisers. But, there is a bright side to the story on the Indian front: For the first time ever, the largest ever contingent to the Games has around six official brand partners, with a combined value touching Rs 10 crore. This is more than three times the amount that just two sponsors (Amul and Samsung) had rustled up for London Olympics in 2012. Also, the brand partners are working to educate and inform people about the Games, hoping their campaigns will push up viewer interest that has been remarkably low in the past.

The story, however, is not all rosy as Broadcaster Star India, which has put its significant might behind the telecast with eight channels dedicated to the games, has found out. On-air sponsors have been slow to come on board, with many citing uncertainty about the contingent and the odd timing of the broadcast as reasons for staying away.

Arvind Iyengar, chief executive officer (CEO), Sportz Interactive says, "Awareness about the games is much higher and this has helped get on-ground and on-air partnerships. Whether it's the Indian Olympic Association (IOA) or Star, brands have been enthusiastic to the point where the on-ground associations have exceeded the targets set at the onset of negotiations and pitches. It is a positive sign overall."


Jigar Rambhia, national director, sports and entertainment at Maxus India says, "On-air is a bit of a challenge given the time difference. However, some of the Indian hockey and badminton (where India has sent a strong seven-member contingent) matches are scheduled for prime time and likely to help advertisers."

Interestingly, despite the avowed nationalistic inclinations of many Indian brands, the Games have not found much advertiser support in the past. The fervour this year is a huge improvement over the past.

One reason, many say, is because the organisers have become savvier about marketing the game. The IOA has roped in Neerav Tomar-led sports marketing and management agency IOS to broker deals for the Indian contingent. This is the first time ever that such an agency has been appointed and for IOS, this is its first stint at the Games.

IOS will operate as the commercial agency for IOA for 2016 and 2017. When they were appointed, the organisers had set them a target of Rs 12 crore in brand associations over a course of two years, a number the agency says it will cross well before the appointed deadline. Apart from partnerships for the Indian contingent, the agency is expected to create on-ground innovations and create awareness about the games in the country.

Among the brands that have come on board, financial services firm Edelweiss is the principal partner while Edelweiss Tokio has provided life insurance worth a crore to all athletes representing India. The company has also launched the #iAmTeamIndia campaign to promote the Indian contingent. The campaign has been fortified with the use of traditional and non-traditional media like OOH, digital, radio, mall activations and school activations.

Other sponsors include Amul, Li-Ning (apparel brand), Tata Salt and Herbalife. Amul was associated with the Indian contingent in 2012 as well. Edelweiss, Tata Salt and Amul have clear India-specific plans. Samsung is expected to include India in the global media plan, but it isn't an official partner on-ground for the contingent.

Despite the higher brand participation which has led to increased communication in the media in various forms about the sport, awareness about the game continues to be low. Tata Salt conducted a survey to gauge the awareness of the games among audiences as part of the 'Namak ke Waastey' campaign it has launched in the run-up to the Olympics. The survey reveals that around 40 per cent men and women under the age of 30 believe that India stands a chance to win a medal for cricket, which isn't an Olympic sport. On the other hand, only 14 per cent of those surveyed pinned their medal hopes on shotput, while boxing and wrestling have secured support from 30 and 40 per cent respondents respectively.

Five sponsors have been signed for on-air sponsorships so far - Amul, Bajaj Electricals, Indian Oil Corporation, Amazon and LIC. The network says it looked at partnerships and sponsorships for the event rather than just sell spot buys on select sports. Star India was looking at around 10 partners on-air with innovations in programing to integrate the brands in the broadcast, rather than just sell ads on an inventory level. "While I don't have the specifics, I am told that Star has seen some amount of success in selling partnerships for the event. The timing of the event and the fact that not all sports are relevant to India have been hurdles, but given the variety of sports India will be represented in, there is a viewership spike to be expected for sure, and brands are convinced that is enough to partner the broadcaster," says a media planner.