Yesterday, at least 13 people were killed and 54 others injured when a Taliban bomber blew himself at Pakistan 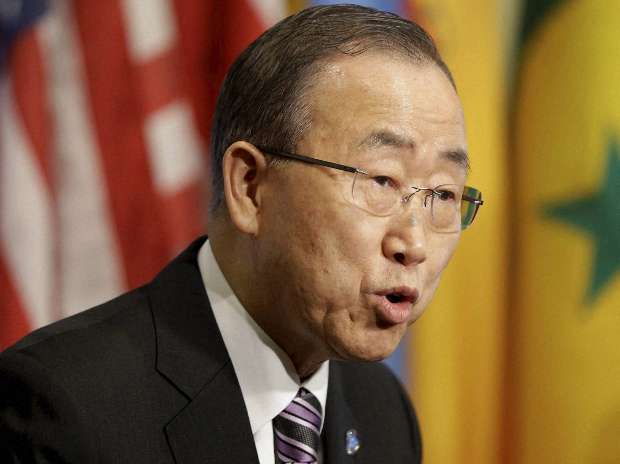 Condemning the terrorist attack on a Christian neighbourhood and a district court in Pakistan's restive northwest, UN Secretary-General Ban Ki-moon has stressed the need to ensure accountability and bring the perpetrators to justice.

"The Secretary-General is saddened by the loss of life," Ban's spokesperson said in a statement.

Ban stresses the need to "ensure accountability and to bring to justice the perpetrators of these terrorist attacks," the spokesperson said.

Yesterday, at least 13 people were killed and 54 others injured when a Taliban bomber blew himself up at Mardan district courts in Pakistan's Khyber-Pakhtunkhwa province, hours after security forces foiled an assault on Peshawar's Christian colony by killing four suicide attackers.

The attacker from the Tehreek-e-Taliban's Jamaat-ur-Ahrar faction apparently wanted to hit lawyers at the bar room, police said.