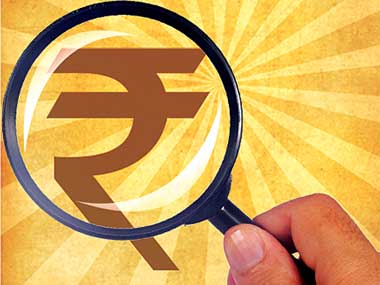 In line with equities, the rupee today fell by 11 paise to close at 66.44 on fresh demand for the US currency from banks and importers despite weaker dollar in the overseas market.

The dollar index was down 0.19% against a basket of six global currencies in the afternoon.

In cross-currency trades, the rupee dropped further against the pound sterling to finish at 97.31 from the last Friday's closing level of 97.05.

It also moved down further against the euro to 76.28 per euro from 75.60 per euro previously.