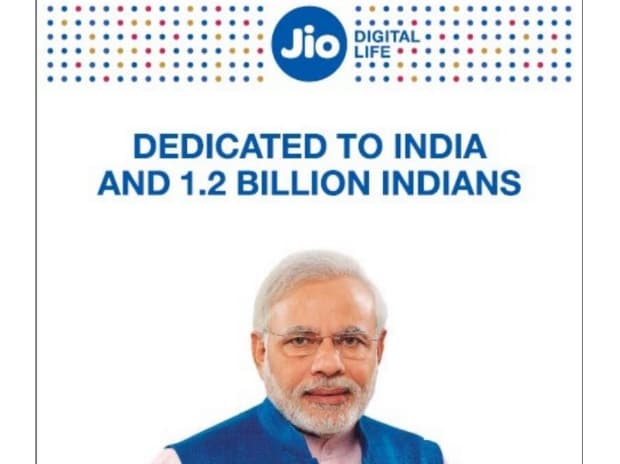 Congress on Friday said Prime Minister Narendra Modi should take action against Reliance Jio if the telecom company has failed to take permission from the PMO for using his photograph in full-page advertisements while launching the service.

"There are certain norms for displaying photo of the Prime Minister in an advertisement. As a former Union minister, I am aware that prior permission has to be taken.

"Had Reliance taken permission from the PM or the PMO. This is needed otherwise the Prime Minister's photo would be on Cadbury or any chocolate. Such a permission has to be given after a deep thought as the Prime Minister is not just an individual but an institution," the party's senior spokesman Ajay Maken told reporters here.

Replying to a question, he said that the Prime Minister should proceed against the company if the photograph has been published without permission.

Full-page "Joi: Digital Life" jacket advertisements were published with a photograh of the Prime Minister, dressed in a blue jacket.

The advertisements for Reliance Jio, the second coming of Reliance Industries in telecom, carried the words "Dedicated to India and 1.2 billion Indians" in bold type, followed by a short text.