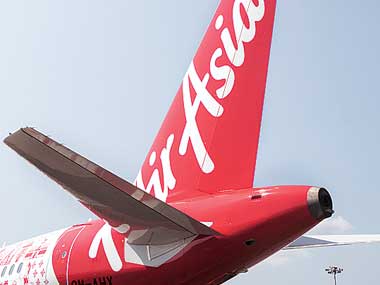 Delhi High Court on Friday asked the Civil Aviation Ministry to file its response to a plea by Federation of Indian Airlines (FIA) alleging that certain agreements were not considered by the government while granting flying licence to AirAsia.

A bench of Chief Justice G Rohini and Justice Pradeep Nandrajog also asked the Directorate General of Civil Aviation and Foreign Investment Promotion Board to file their replies to the FIA's application.

FIA in its plea has said that AirAsia while applying for the licence had allegedly not disclosed its brand equity agreement according to which the effective control of the airline would remain with the foreign party.

For grant of flying licence the rules stipulated that effective control should be with the Indian player, FIA has said in his plea.

Meanwhile, Bharatiya Janata Party leader Subramanian Swamy on Friday urged the court to initiate criminal contempt proceedings against those AirAsia officials who had allegedly not disclosed some documents and made false statements on affidavit.

However, as his plea has not been listed yet, the court said it will call for his application before the next date of hearing on November 11.

FIA's application was filed in the main petitions filed by it and Swamy challenging grant of flying licence to AirAsia India, which has denied all the allegations against it.

Malaysia's largest budget carrier, AirAsia, had set up the joint venture with the Tata Group and Telestra Tradeplace to launch the regional airline in India.

In his PIL, Swamy has challenged the clearance granted to the airline on the ground that according to the policy, foreign investment is only permitted for an existing airline but AirAsia India was not an existing carrier.