JUST IN
You are here: Home » Opinion » Breakingviews

Three is a crowd 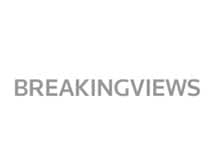 China's grand plan to woo private capital has so far been a flop. An effort to push private-public partnership (PPP) projects has instead spawned cozy deals between the government and state firms, a new study shows. That is bad news for cutting costs, trimming government debt, and boosting efficiency. The state's top planning body, the National Development and Reform Commission, has raised over half of a 3.5 trillion yuan ($526 billion) target for PPP projects ranging from bridges and roads to schools and hospitals since March 2015. But over 90 per cent of the funds have come from ...

This article is no longer available in our repository. There could be multiple reasons for this non-availability.

A suggestion: you could search for this headline on the Source.