Shekhar Gupta : Because Modiji says so

He's our most polarising leader, deeply hated by many but equally loved by more, especially the young. To extrapolate BJP's struggles in Gujarat and Karnataka to 2019 is being fatally complacent 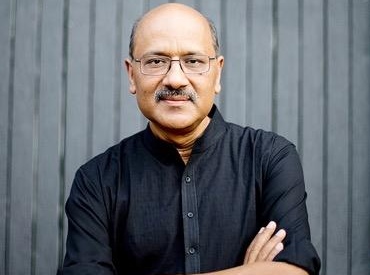 A striking finding from travels in poll-bound states in the past couple of years is Prime Minister Narendra Modi’s sustained popular appeal. People are for sure angry about the kind of things people do get angry about: Price rise (especially of petrol and diesel), farm distress, lack of employment, declining businesses, demonetisation, the goods and services tax, and so on. Much of it is also directed at the BJP, in the states and at the Centre.

It doesn’t seem to reflect on the prime minister, as if he were now an entity or a brand all by himself — above his government, party, and facts. It will be lazy to use that ghisa-pita Americanism ‘Teflon-coated’. Teflon also wears over time with use. We are witnessing a different phenomenon. As if cast in titanium rather than just be coated with Teflon.

Mr Modi now isn’t just a self-made leader in a system weighed down by dynasties, privilege, and that sweeping Indianism, “background”. He is a self-made superbrand, almost deified by enough Indians now, never mind his politics and, worse, economics. Usual qualifications of course apply. It doesn’t cut across all identities and there are many that detest him: The minorities, committed socialists and, increasingly now, Dalits. But, never in my decades of trawling the interiors reading the writings on the wall have I noted a phenomenon like this.

Rajiv Gandhi was more popular (than Mr Modi at any time) and could do no wrong but only for about his first 18 months. His decline was catastrophic. Simply put: In those 18 months, anything Rajiv Gandhi said would bring tears to our mothers’ eyes. The 19th month onwards, just about anything he said would make our children laugh. It took that long to turn a rock star prime minister into a joke. Anti-incumbency affects every leader. In these hyper-connected, impatient times, honeymoon periods should logically be shorter. Is Mr Modi immune to this universal fact?

I brace for the abuse that this argument will bring. Here is a question. Everybody votes: The Chief Justice of India, the Rashtrapati, the Election Commissioners, and journalists. Do you let your voting preferences cloud your judgement? Illustration: Binay Sinha
The next question will be on my timing. Can we say this within a week of Mr Modi failing to lead his party to a majority in Karnataka? And just months after seeing it return with a narrow majority even in his home state of Gujarat? Don’t these show that his party’s popularity is declining? The answer is, yes. The BJP has seen some decline. But not the prime minister.

In both Gujarat and now Karnataka, the consensus is that it was a lost cause for the BJP until Mr Modi arrived. In Gujarat his party secured a majority of eight, and in Karnataka it fell short by that many. In Karnataka most opinion polls had shown the Congress 5 per cent votes ahead, and while it is the season to beat up pollsters, note that these surveys were done before Mr Modi arrived.

Imagine what would be the score without his push in the closing stages. His party was unpopular enough to lose both the states. He is still popular enough to win these by himself. In both states his local leaders were liabilities. Vijay Rupani is a nobody. Yeddyurappa is old, temperamental, carries the burden of corruption, a single-caste leader and would’ve been devastated but for Mr Modi’s 21 rallies. In Uttar Pradesh, Gujarat and Karnataka, Mr Modi sought votes for himself. Rahul Gandhi wanted a vote against Mr Modi in UP and Gujarat and for Mr Siddaramaiah in Karnataka. It was a lost cause.

Can a leader so immunise himself from the image of his own party and raise himself to a platform above friend and foe? The facts are before us. We know the economy has struggled under him, job growth is disastrous, the strategic situation has worsened, particularly in the neighbourhood, social cohesion is facing dangerous strains, and far too many are feeling the pain. Yet, enough keep voting for him even when his front-men are duds. What are they likely to do when Mr Modi himself is the front-man next year?

Just how is this possible, is the question that sat on my mind too. Until a moment of epiphany in travels in Karnataka. Outside a private engineering college between the bellwether constituency of Shirahatti and the district town of Gadag, I chatted with young women students waiting for the bus to go home to their villages.

They were first-year, second-semester students, so around 18 and first-time voters this year or the next. Conversations brought the same answers, so striking that I made videos on my phone. Each said she would vote for the BJP “but only because of Modi”. Why? Because Swachh Bharat has worked, even my village is 75 per cent clean, we are becoming Digital India, he has improved India’s image globally, and, most importantly, “corruption has been destroyed”. Now there is no point arguing because they believe it as “the” truth. What do they think of Rahul? “Must be a good man, but I don’t really know.” So, it isn’t as if I love Mr Modi and detest Rahul, I only know Mr Modi as a leader. And his is the only message I have heard.

I had written after the 2014 elections that this is the young new non-ideological, I-don’t-owe-you-nothing India. It has no nostalgia for dynasties, whatever their sacrifices. In those minds now, Mr Modi is the only leader. They know no other. Conversations across Karnataka, Gujarat and Uttar Pradesh affirm this pan-national phenomenon. The grown-ups are still polarised and mostly haven’t shifted old loyalties. That’s why Mr Modi’s opponents still get large numbers of votes. But the young are now a different electoral demographic. There will be 140 million of them voting next year. There will be divisions but their devotion is largely now to a new monotheism: Modi-ism.

How did Mr Modi get here? He has perfected a new kind of messaging where he prescribes for you good things: Cleanliness, honesty, education, use of technology but places the onus on you to do it for yourself and not set targets for himself you can judge him against. So you have to clean up, use digital cash, learn to use smartphones. He stays silent on any setback. He won’t speak on Kathua but later speak generally about the need to protect our “betis” and reform the “betas”. He won’t speak on Una (Gujarat) but later say, in deep anguish, kill me, but not my Dalit brothers. This distances him from bad news. He is never on defensive ground. His is forever the moral high ground.

Rather than be held accountable, he is creating a cult around himself. Even on demonetisation, a decision as disastrous and irrational as Mao’s war on China’s sparrows, his message has simply been: I know this caused you pain, but aren’t you willing to suffer a little to make India a better country? It’s like the biblical logic of how your suffering shows there is God and you need Him. For sure, everyone doesn’t buy this. But enough do, and the very young who aren’t in the job market yet love it.

Mr Modi is the most polarising figure in our democratic history. Those who oppose him hate him. They might also detest my argument. But politics is about accepting a reality and then finding ways to counter it. Or you can be fatally complacent and extrapolate the BJP’s relative struggles in Gujarat and Karnataka to 2019.

By special arrangement with ThePrint