JUST IN
You are here: Home » Opinion » Columns

India must act against public violence, but its past failures weigh heavy

Countering public violence requires punishing the guilty and promoting social harmony. Historically, the Indian state has failed on the former and some political parties continue to fail us on the lat 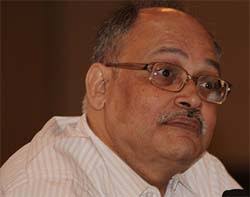 FM radio in India began to be privatised two decades ago but even today the stations are forbidden from broadcasting news. The fear all along has been that the citizenry standing ready to riot and the medium could make things volatile.

Such thinking did not anticipate the arrival of private television news networks. Today we have the unusual situation of radio being treated as a more dangerous medium than TV.

At a World Press Freedom Day event in Delhi earlier this year (in which I participated), the audience was told that in 2017 India had more state-ordered internet blackouts than any other nation. This came, of course, mainly because the citizens of Jammu and Kashmir are regularly denied access to the web for days at a time, whenever there is a scuffle with the security forces.

However, the problem is not limited to that state alone. A few days ago, the Government of Tripura denied all its citizens access to the net following one of the episodes of lynching that have unfortunately become commonplace in India.

The 30 days around June saw 14 killings by lynching in India and dozens of other attacks on strangers, including on 24 individuals in Odisha alone.

The Tripura episode was particularly disturbing. It was the killing of a man sent by the Tripura government to stop lynchings. Instead, he was himself lynched by villagers. This man, Sukanta Chakrabarty, had been travelling from village to village dispelling rumours about child lifters on social media. He was speaking through a loudspeaker, asking people not to get swayed by rumours. He was beaten to death and the two men with him were also assaulted.

Clearly, there is something seriously wrong with the environment that we have created and it needs urgent fixing. The response of the government has been to go after WhatsApp, the messaging service. That’s because the police claim that, in some of the cases, the attacks happened after the spreading of rumour about child lifters and cattle thieves on messaging services.

The Ministry of Electronics and Information Technology (MEITY) said the following: “MEITY has taken serious note of these irresponsible messages and their circulation in such platforms. Deep disapproval of such developments has been conveyed to the senior management of the WhatsApp and they have been advised that necessary remedial measures should be taken to prevent proliferation of these fake and at times motivated/ sensational messages.

LISTEN TO OUR PODCAST


It added that WhatsApp “cannot evade accountability and responsibility” and that it was “conveyed in no uncertain terms that WhatsApp must take immediate action to end this menace and ensure that their platform is not used for such malafide activities”.

If this is not an abdication of responsibility I don’t know what is. The medium is not the issue here and never has been. But the instinct of the state in India (and we must include all governments and parties here) has been to acquit itself and pass the buck. Historically, India has responded to episodes of public violence with a restriction of freedoms.

Illustration by Binay Sinha
The first amendments of the constitutions of India and the United States say the opposite things. The US first amendment says that Congress shall make no law prohibiting and abridging the freedom of speech.

India’s first amendment, coming in 1951, undid the freedom of expression the Constitution gave Indians only a year earlier. Jawaharlal Nehru himself justified it saying: “During the last fifteen months of the working of the Constitution, certain difficulties have been brought to light by judicial decisions and pronouncements specially in regard to the chapter on fundamental rights. The citizen's right to freedom of speech and expression guaranteed by article 19(1)(a) has been held by some courts to be so comprehensive as not to render a person culpable even if he advocates murder and other crimes of violence.” This gave the government the opportunity to introduce a long list of things considered “reasonable restrictions” (they are not at all reasonable) on free speech in India.

Why is it different for Americans? They have also had lynchings in their past. But they have responded to this by strengthening the state. More policing, better law enforcement and more investment in the justice system.

We are asking WhatsApp to solve the problem for us. Is the issue really that of the medium? Technology will continue to evolve and there will always be another, faster and more efficient manner of communication within groups and communities. Banning news on radio, internet blackouts and stern letters to WhatsApp have solved nothing. We should stop looking at the medium because even newspapers can be a problem in India.

In 2002, the Editors Guild of India commissioned a report on the conduct of the media during the Gujarat riots. I was one of the three individuals who researched and wrote it (Dileep Padgaonkar and B G Verghese were the other two — alas, both are now dead). What we found on our visit to Ahmedabad, Godhra and Baroda was outrageous. Many Gujarati newspapers, even some of the most popular ones, had become poisonous pamphlets that pushed communal poison. The same factors causing the lynchings now — the demonisation of communities, whether Muslims or tribals or “outsiders” and the spreading of rumour — were present then.

Was the answer to ban newspapers or to have the government oversee them? Of course not. The only solutions to countering riots, lynchings and other acts of public violence are to prosecute and punish the perpetrators. And for the leadership to continually push for social harmony, encouraging respect for individuals and weaning us away from group identity.

The state has failed us historically on the former and some political parties continue to fail us on the latter.