In a surprise announcement, May's only rival Andrea Leadsom pulled out of the race to lead UK's Conservative Party 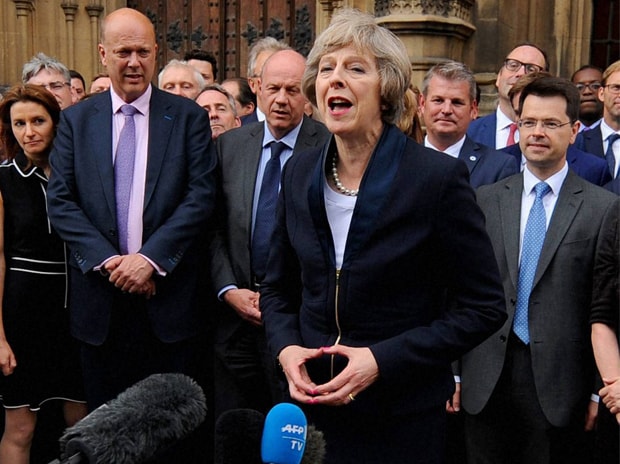 Britain's Theresa May speaks outside the Houses of Parliament in London. Photo: AP/PTI

David Cameron will resign today and Britain will get its first female prime minister since Margaret Thatcher, as British Home Secretary Theresa May will take over the post.

After failing to convince UK to remain in the European Union in a shocking referendum, Cameron had announced in June that he would step down by October,testing.. we are here....

May's only remaining rival to replace Cameron -- Energy Minister Andrea Leadsom -- pulled out of the race following controversy over comments she made about motherhood and leadership.

"Obviously, with these changes, we now don't need to have a prolonged period of transition. And so tomorrow I will chair my last cabinet meeting. On Wednesday I will attend the House of Commons for prime minister's questions. And then after that I expect to go to the palace and offer my resignation. So we will have a new prime minister in that building behind me by Wednesday evening," Cameron told reporters outside 10 Downing Street on Monday.

May, who actually supported Britain remaining in the EU, reiterated her commitment to Brexit on Monday.