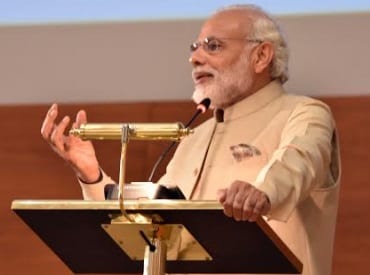 With the changing equation in the Rajya Sabha, the Bharatiya Janata Party-led NDA Government at the Centre on Tuesday expressed hope that the Congress won't repeat its earlier mistakes and help in passing the Goods and Service Tax (GST) Bill in the upcoming Monsoon Session of Parliament.

"We hope in this Monsoon Session, the Congress won't repeat the mistakes they did earlier. They must have done introspection and must have read the message given by the people. We are hopeful that all political parties will come together and help to pass the GST Bill," Minister of State for Parliamentary and Minority Affairs Mukhtar Abbas Naqvi told ANI.testing.. we are here....

Naqvi stated the government wants to take all the parties into confidence and pass the GST as it is a constitutional bill.

Stating that the stalling of the proposed GST Bill was a loss for the poor people, Prime Minister Narendra Modi on Monday said the changing party arithmetic in the Parliament gave hope for enacting the law.

"There is just one group which has made it the issue of prestige. Now the kind of arithmetic which is working out, I hope that this decision is passed in favour of the poor," Prime Minister Modi said in an interview with an English news channel while referring to the Congress' opposition to the GST Bill.

Prime Minister Modi had earlier invited Congress president Sonia Gandhi and his predecessor Dr Manmohan Singh at his official 7, Race Course Road (RCR) residence to arrive at a consensus on the bill.