Covid-19 in numbers: Latest data on cases and deaths in India and globally

Delaporte was most recently the chief operating officer of French consulting and technology firm Capgemini Group. 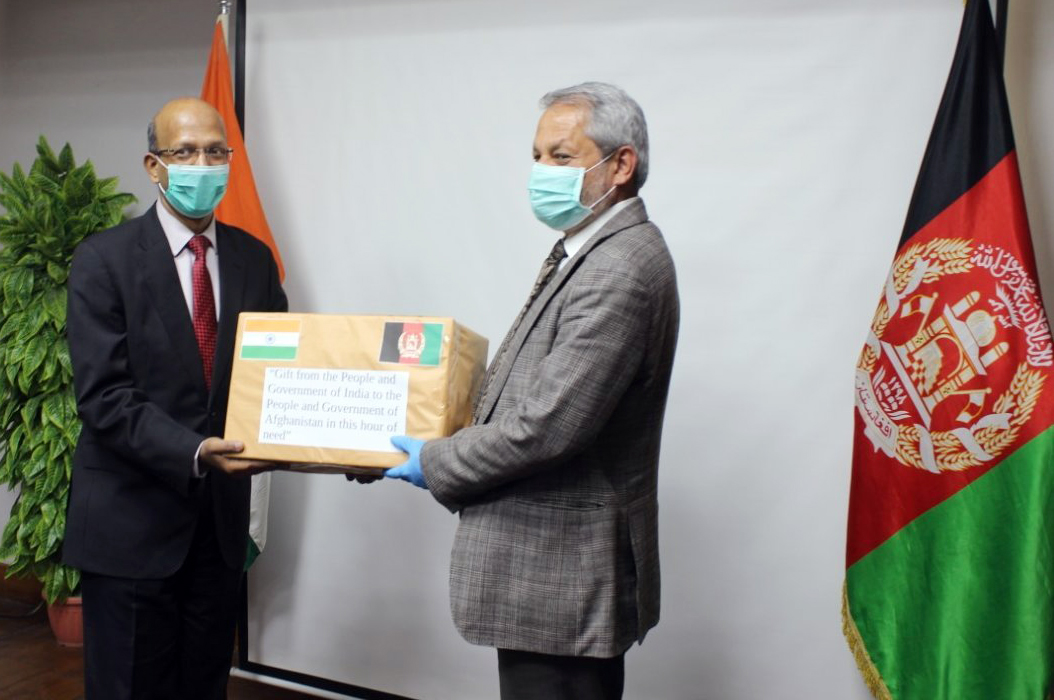 Ambassador of India to Afghanistan Vinay Kumar handed over the consignments of 300,000 tablets of hydroxychloroquine and 70,000 tablets of paracetamol tablets to Minister of Public Health Ferozuddin Feroz at Embassy of India in Kabul on Sunday.

Shares of IT major Wipro gained nearly 4 per cent on the BSE on Friday after it announced Thierry Delaporte as the new chief executive officer (CEO) and managing director (MD) of the company, replacing Abidali Neemuchwala. Delaporte was most recently the chief operating officer of French consulting and technology firm Capgemini Group.

"l am delighted to welcome Thierry as CEO and Managing Director of the company. Thierry has an exceptional leadership track record, strong international exposure, deep strategic expertise, a unique ability to forge long-standing client relationships, and proven experience of driving transformation and managing technological disruption. We believe that Thierry is the right person to lead Wipro in its next phase of growth," said Rishad Premji, Chairman, Wipro Limited. READ MORE

Delaporte will be based in Paris and report to Chairman Rishad Premji. He has a Bachelor's degree in Economy and Finance from Sciences Po Paris and a Masters in Law from Sorbonne University.

Wipro had said in January that Neemuchwala had decided to step down due to family commitments. According to an earlier report, the company had been evaluating a few external candidates and at least two internal aspirants for its top post after incumbent Abidali Neemuchwala announced his exit.

According to sources in the know, some of external candidates being considered for the post of chief executive officer (CEO) included Bhaskar Ghosh of Accenture, Ritesh Idnani of Tech Mahindra (TechM), Ravi Kumar S of Infosys, and Nitin Rakesh of Mphasis, among others. READ MORE

Analysts have given a thumbs up to the development and suggest the appointment of Thierry will remove uncertainty and bring back stability to the company. "The appointment of Thierry Delaporte will be positive for Wipro. It will certainly remove the uncertainties around the company. Given that the new CEO has around 25 years of experience and sound domain knowledge, we believe Delaporte has the capability to turn around Wipro. Wipro, unlike its peers TCS and Infosys, has been unable to migrate to the digital platform, viz Cloud services, Internet of Things (IOT), among others. The company has not been able to shift its base from outsourcing to other verticals. Hence, Thierry's entry will give Wipro a better business and there will be a lot of stability from the employees' point of view as well," says AK Prabhakar, head of research at IDBI Capital.

Technical viewtesting.. we are here....

As the counter has managed to cross Rs 200, the sentiment has turned positive from a short-term viewpoint. On earlier ocassions, the stock had found selling pressure as it approaced the Rs 200 mark. That said, the technical indicator Moving Average Convergence Divergence (MACD) has now crossed the zero line upward, which is a good sign as it suggests that the positive momentum may continue. Going ahead, Rs 195 remains a crucial support on closing basis.

The rally is set to become stronger and the stock can rise towards Rs 230 in the days ahead, which is the 200-days moving average (DMA). The consolidation in the range of Rs 175 to Rs 195 has given a breakout now. This is an indication that the stock may hold the positive momentum from a medium-term perspective as well. CLICK HERE FOR THE CHART