All that happened in the markets today 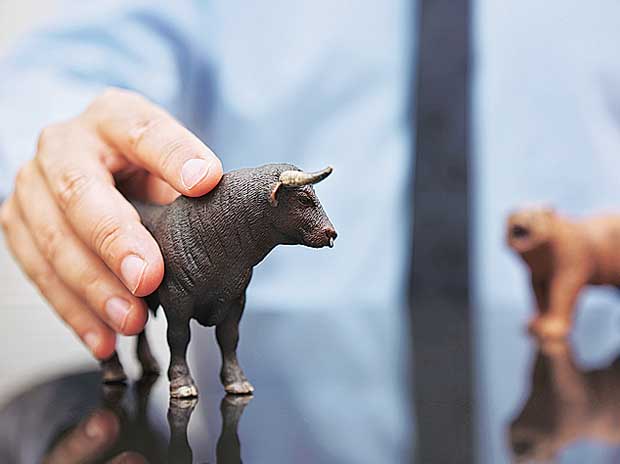 After a gap-up opening, Indian equities Thursday logged steady gains as investors cheered temporary de-escalation of a heated rhetoric between the United States and Iran.


In response to Iran's missile attack, US President Donald Trump said the strikes had not harmed any US troops stationed there and that damage was minimal. Trump, however, announced fresh sanctions on Tehran but stopped short of any further military escalation. This slight cool-off gave global markets some space for a relief rally.


Financials contributed the most towards the benchmark S&P BSE Sensex's gains, pushing the index to close 634.61 points, or 1.55 per cent, higher at 41,452.35 level. ICICI Bank, State Bank of India, IndusInd Bank, and M&M were the top performing stocks at the 30-share index, while TCS, HCL Tech, NTPC, and Sun Pharma were the top laggards.


On the NSE, the broader Nifty50 reclaimed the crucial 12,200-mark after three trading session and settled at 12,215.40, up 190.05  points or 1.58 per cent. All the sectoral indices ended the day in the positive territory, except Nifty IT index. Nifty PSB, Nifty Private Bank, Nifty Auto, Nifty Realty, and NIfty Media indices were all up about 2.5 per cent. On the downside, Nifty IT index settled with 0.5 per cent cut.


Asian stocks had their best session in weeks on Thursday, as the United States and Iran backed away from the brink of conflict in the Middle East and investors reversed their flight to safety.


MSCI’s broadest index of Asia-Pacific shares outside Japan rose 1.3 per cent, its sharpest gain in almost a month.


Hong Kong’s Hang Seng and Shanghai blue chips each added more than 1 per cent, while Japanese stocks rose further, gaining 2 per cent to their highest for the year so far.


(With inputs from Reuters)