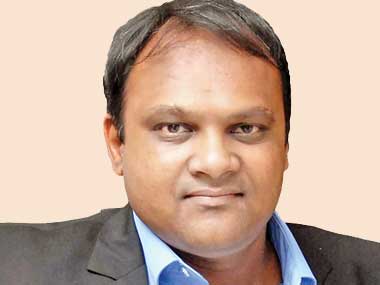 Jigar Shah, chief executive officer, Maybank Kim Eng Securities, tells Puneet Wadhwa that with passage of the national goods and services tax (GST) Bill, foreign investors’ perception on the progress of reforms will only get better. The biggest concerns in the near term, he says, will be execution of GST and consolidation of state-owned banks. Edited excerpts:

How are foreign investors viewing the progress on key reforms in India, especially after the developments related to the GST Bill?testing.. we are here....

The progress on reforms is decent, as the government has been successful in removing the policy paralysis of the past. It has also increased foreign limits in many sectors and is successful in attracting foreign direct investment. With GST passage, the perception regarding progress of reforms will only get better.

What are their key concerns now?

That capital formation in the economy is still low and the desired growth in manufacturing, jobs is not yet taking place. Private sector capital expenditure (capex) is still elusive and the bank sector crisis needs to be fixed for long-term betterment. We believe the biggest concerns in the near term will be execution of GST and consolidation of state-owned banks.

By when do you see a meaningful recovery in India Inc’s capex cycle? How should investors play the metals and capital goods spaces?

Private sector capex (revival) might be still a year away. It will be helped by the government capex on roads, rail and renewables. GST implementation will also force private capex to resume, as it will change the dynamics of doing business in the long run. We feel the metals sector will underperform till global demand is low and spreads will be under pressure. Capital goods, too, will be subdued but some pockets such as renewable power and defence requirements will stand out.

How comfortable are you with the valuation of Indian markets at this stage?

Based on the consensus and our forecasts, the Nifty is trading close to the price to earnings ratio of 15 for FY18. This is similar to its long-term average and is attractive relative to expected earnings growth of 15–20 per cent. India has historically traded at a premium to most of the Asian markets, due to its growth profile and superior return on equity. More, global investors love some of the mid-cap and large-cap stocks in India, which are unique in their own way.

Given the current scenario, where the economy is beginning to reflect growth, the Indian markets are favourably poised to trade at better multiples than their long-term average. However, it needs to be supported by the consensus underlying assumption of 15–20 per cent earnings growth for FY17 and FY18 each. If Indian corporate earnings turn out to be close to this consensus, it is certainly more attractive than many other markets. Beside India, we are also positive on Thailand, Indonesia, Philippines and Vietnam.

Which sectors and stocks have you been overweight and underweight on thus far in calendar year 2016?

We like four themes for investment. The first is private banks/financiers. Our picks are Axis Bank, IndusInd Bank, Lakshmi Vilas Bank, Edelweiss and Srei Infrastructure Finance. Consumption is another theme that we believe will sustain improvement, as rural growth will return this year. Here, we like automobiles, consumer durables, media and entertainment. Our preferred picks are ITC, Britannia, Tata Motors, Bajaj Auto, Bajaj Electric, Inox Leisure and Eros International.

Road, rails and renewables is another theme that we like and see clear evidence for growth. Our top picks here are Inox Wind, Srei Infrastructure Finance and IL&FS Transportation. Finally, digital is another theme we prefer. Within this, we like Sterlite Technologies, Persistent Systems and Tata Communications.

These will be the weakest in this financial year, though slightly better year-on-year. In our view, metals and state-owned banks will bring down this growth in the June quarter, which otherwise would have grown in high single digit. For FY17 and FY18, for our coverage universe, we forecast 15 per cent increase in earnings each year.

Stocks from the logistics, cement, oil & gas sectors have done well over the past few months. What would your advice be on these sectors?

We are very positive on cement, as it has started growing in line with gross domestic product growth after many years. GST will be positive for both cement and logistics. We are not too bullish on oil and gas because of the subdued global prices, which are unlikely to change much in the near to medium term.

What is your outlook for interest rates, and your strategy for interest rate sensitive sectors like automobiles and banks in this backdrop?
.
The outlook for interest rate should be positive considering the good rain this year, which will help bring down food inflation. Global energy prices are again going down and government deficit should be under control. All this suggests some more rate cuts in the end of this year. We like auto sector and feel this year, both two-and four-wheeler demand will rise the most in the past four – five years. Among banks, we prefer private banks and financiers with a niche.
.
Is the rally in global equity markets sustainable? What are the key risks that could play spoilsport?
.
The rally in global equity markets is primarily driven by the US. The US economy is performing relatively better than Europe and Japan and the US Federal Reserve (US Fed) has so far preferred a soft approach on interest rates. Japan has recently unveiled a fresh stimulus. China is difficult to predict but it is no longer wobbly as in the previous year. Asian emerging markets are doing reasonably well due to country specific factors rather than any global situation. Overall, barring any major catastrophe in Europe or in China, the equity market should sustain for some more time.
.