Market Wrap Podcast, May 18: Here's all that happened in the markets today 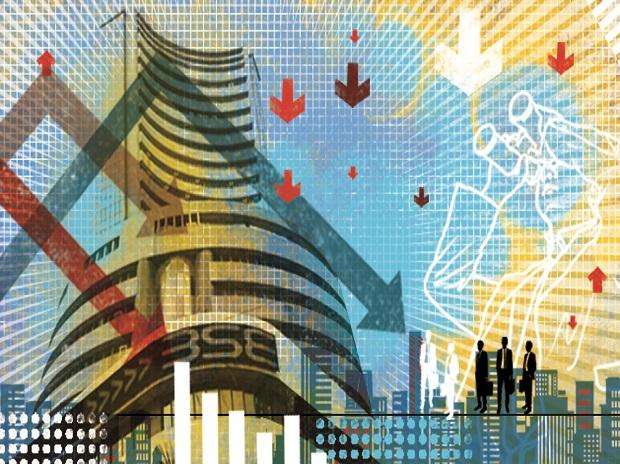 Enthused by less than three lakh daily Covid-19 cases for the second straight day, domestic indices advanced over 1 per cent on Tuesday. Automobile and consumer discretionary stocks caught investors' fancy as they hoped that restrictions would ease once cases decline further.

Supporting the sentiment were news flows around vaccination front that more and more pharma companies are tying up for vaccine manufacturing. Visibility on economic recovery has largely continued even during the lockdown and now, with restrictions likely to ease, consumer demand is expected to make a come-back, believe analysts.

On the top of it, global brokerage Morgan Stanley's belief that Indian equities are likely to outperform their emerging market (EM) peers in 2021 further bolstered sentiment. While the brokerage's base case scenario pegs Sensex at 55,000 by December this year, it may hit 61,000 in a bull-case scenario.

In the broader market space, the S&P BSE MidCap index zoomed 1.9 per cent to settle at 21,232 after hitting a record peak of 21,265 levels earlier today. Investors are heading more for mid-cap stocks as growing risk appetite and cheaper valuations of these companies as compared to large-cap peers have revived their popularity.

Individually, shares of Gland Pharma hit an all-time high of Rs 3,135 on the BSE, up 12 per cent over its previous close, following a 34 per cent year-on-year rise in its consolidated net profit to Rs 260.4 crore in the March 2021 quarter on robust sales. The stock has rallied a whopping 108 per cent since its listing in November last year. The firm's March quarter results have convinced analysts of more upside as they see growth prospects for Gland going ahead.

That apart, shares of Adani Green Energy were locked in the 5 per cent upper circuit band for the second straight day, at Rs 1,199.65 on the BSE on Tuesday, after a Bloomberg report suggested that the Adani Group Company is in advanced talks to acquire privately-held SB Energy Holdings Ltd.

The company, however, has clarified that at this point in time, there is no event / information that requires disclosure neither there is any definitive agreement signed by the Company which requires any disclosure. However, the Company shall make appropriate public disclosures as and when there is a disclosable event.

Shares of Tata Motors ended 3.5 per cent higher ahead of the announcement of its Q4 results. The automobile major reported standalone net profit of Rs 1,690 crore in the March quarter compared with net loss of Rs 2,215 crore in the previous year period. On a consolidated basis, net loss stood at Rs 7,623 crore.

On the downside, shares of Bharti Airtel slipped as much as 2.7 per cent to Rs 534.65 on the BSE, in an otherwise firm market after the telecom operator announced its March quarter results. Following the results, most brokerages retained their bullish stance on the stock, with either 'buy' or 'hold' calls. According to UBS, the impact of the second wave of Covid-19 on subscriber additions and ARPUs will be the key monitorables, going ahead.

European stocks advanced on Tuesday with the pan-European Stoxx 600 up 0.4 per cent. US stock index futures also picked up in early premarket trade; Dow futures added 92 points, while contracts tied to the S&P 500 and Nasdaq 100 also advanced modestly.

Shares in the Asia-Pacific region also jumped in Tuesday’s trade led by Japan's Nikkei, up 2 per cent; South Korea's Kospi gained 1.3 per cent; and China's CSI300 index adding 0.5 per cent.

Meanwhile, in the commodities market, Oil rose to hit $70 a barrel for the first time since March, as expectations of demand recovery following reopenings of the European and U.S. economies offset concern over spreading coronavirus cases in Asia.