Market Wrap Podcast, Aug 26: Here's all that happened in the markets today

Britannia, Tata Consumer, BPCL and HDFC Life were the top gainers in the 50-pack index while Bharti Airtel, JSW Steel 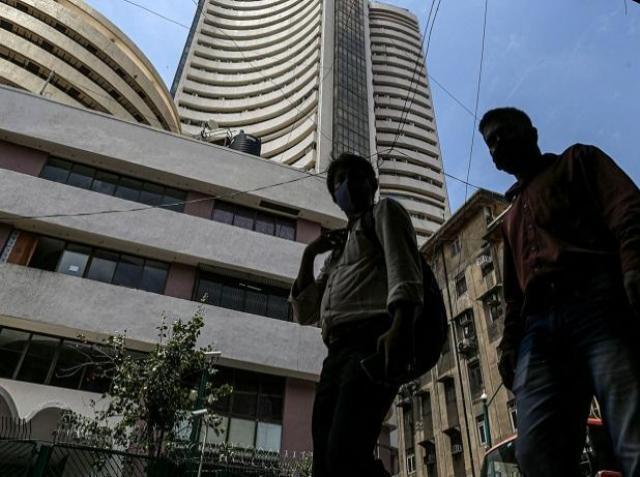 As world shares hit the breaks on Thursday amid worries over Delta variant of Covid and caution ahead of a Federal Reserve chair address, benchmark indices on D-Street also witnessed a choppy session. Losses in select index heavyweights like Airtel, Infosys and SBI countered the gains in RIL, ICICI Bank and Axis Bank, after which the BSE Sensex settled 5 points higher at 55,949. Meanwhile, Nifty50 ended F&O expiry unchanged at 16,637, rising 5% in the August series, its best since February 2021.

Britannia, Tata Consumer, BPCL and HDFC Life were the top gainers in the 50-pack index while Bharti Airtel, JSW Steel, Maruti and SBI were the worst laggards.

Although, thanks to the strength in broader markets, the advance-decline ratio favoured buyers. The BSE Midcap and BSE Smallcap rose for the third straight day, gaining nearly 0.3% each.

In the sectoral land space, Nifty FMCG was the best performing sector followed by Realty, Auto and Private Bank. On the other hand, Nifty Metal, Media and PSU Bank witnessed heavy selling pressure, down between 1.27%-0.81%.

Stock-specific activity remained high on Street. Shares of Bharti Airtel tanked 4 per cent to Rs 587 as investors booked profit ahead of the board meeting on August 29 wherein the company would mull raising funds.

That said, shares of Avenue Supermarts soared to a new high of Rs 3888 in trade today, with its market cap soaring past Rs 2.5 trillion. The company finally closed the day, up 2% at Rs 3865.

Privatisation bound BPCL gained over 1% to Rs 467 on the BSE after a media report stated that Billionaire Anil Agarwal's Vedanta group as well as two US funds -- Apollo Global and I Squared Capital - had last year submitted initial bids to buy out the government's entire 52.98 per cent stake in the company.

Meanwhile, the newly listed company CarTrade Tech tumbled to its lowest level since listing on the bourses last week. The stock hit a new low of Rs 1425 and settled at Rs 1429, down 3 per cent.

That apart, the action is likely to return to the primary market at the start of the new month next week, with Vijaya Diagnostic set to open on September 1. The IPO is priced in the range of Rs 522-531 per share but is entirely an OFS.

Lastly, in other news, analysts believe the rally in bitcoin might soon come to an end. The largest cryptocurrency fell as much as 4.4% Thursday to $46,588 and as per analysts chart patterns signal its rally since July is at risk of fading. John Bollinger, inventor of Bollinger bands, in a tweet suggested taking some profits or hedging.

Going into trade on Friday, markets are likely to dance to the tunes of global markets while stock-specific action could also keep the investors busy.