Amazon targets next 100 million customers in India in 5 years 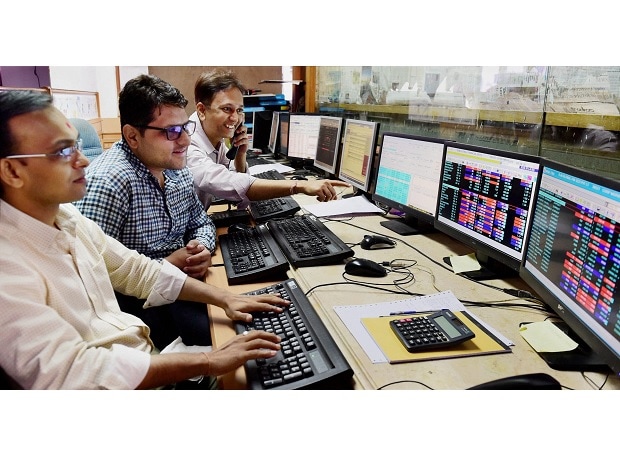 Photo: PTI
Benchmark indices fell on Wednesday as doubts over the composition of the next government in Karnataka dampened investor risk appetite. However, recovery in rupee and fall in crude oil prices help cut losses.


Among sectoral indices, shares of public sector banks (PSBs) were under pressure, falling upto 12% on NSE after most these banks reported weak set of numbers for the quarter ended March 2018 (Q4FY18). Punjab National Bank (PNB) fell 12% after the state-owned bank posted record losses at Rs 134 billion in Q4FY18.

The rupee recovered smartly on Wednesday from the 15-month low reached a day before, as the Reserve Bank of India (RBI) stepped in with heavy dollar sales. Rupee had weakened to a 16-month closing low of 68.15 per dollar on Tuesday, but after the latest round of suspected central bank support it had bounced back to 67.80, despite the dollar's strength on international markets.
Oil prices fell on Wednesday, weighed down by ample supplies despite ongoing output cuts by producer cartel OPEC and looming US sanctions against major crude exporter Iran.

A day after the Karnataka Assembly election results threw up a fractured mandate, the Janata Dal (Secular) has alleged that Bharatiya Janata Party (BJP) is offering its MLAs Rs 1-billion each to abstain from voting during the floor test so that the BJP could prove a majority in the House and form the next government.

On Tuesday, the BJP had emerged as the single largest party in Karnataka with 104 seats, even as it fell short of the majority mark of 112. The Congress stood second with 78 seats and former prime minister H D Deve Gowda’s Janata Dal (Secular) third with 37 seats.

Asian markets fell in early trade on Wednesday after Pyongyang called off talks with Seoul, throwing a major US-North Korean summit into question, and a spike in the US 10-year Treasury yield to a seven-year high knocked sentiment on Wall Street.

MSCI’s broadest index of Asia-Pacific shares outside Japan was down 0.1 per cent. South Korea's KOSPI was 0.4 per cent lower and Japan's Nikkei was down 0.3 per cent.