JUST IN
TRENDING
You are here: Home » Markets » IPOs » Analysis
; 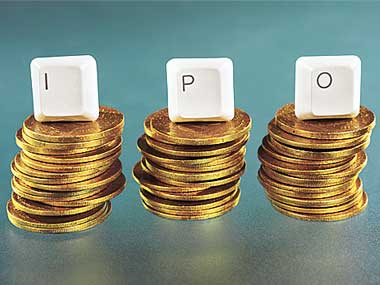 After a long hiatus of public issues in the infrastructure sector, the initial public offering (IPO) of Dilip Buildcon, an EPC (engineering-procurement-construction) player largely focussed on road projects opens on August 1. The IPO offers investors an interesting proposition wanting to cash-in on road infrastructure where regulatory hurdles are being cleared up and execution is picking up. Factors that work in favour of Dilip Buildcon are its strong EPC focus, margin-accretive business model and consistent track record of project completion, apart from reasonable valuations.

The company is among the leading road EPC players and draws over 85 per cent of its total revenues from road projects, while urban infrastructure, irrigation and bridges account for the rest. It is currently executing 64 EPC contracts and 6 BOT (build-operate-transfer) road projects, while 12 BOT projects are already operational and generating revenue. It has already constructed over 5,600 kilometres or 47 road projects in the last five years yielding to annually compounded revenue growth of 29 per cent, which provides confidence over execution of orders going ahead.

While standalone numbers, which reflect the EPC business performance, are good, consolidated performance is also noteworthy. Consolidated revenues (including BOT) stood at Rs 4,315 core (up 56 per cent year-on-year), while net profit came in at Rs 197 crore (up 223 per cent). The profits are lower than standalone number of Rs 220 crore but up sharply year-on-year as BOT losses are reducing. Performance prior to FY16 was impacted due to interest and depreciation costs and also as some of the BOT projects were in early stages of construction.

Although standalone margins have moderated to around 20 per cent in FY16, down its peak levels of 21-24 per cent, a note by Reliance Securities highlights that Dilip Buildcon’s margins are superior to industry’s average of 13-15 per cent and higher than that of KNR Constructions (15.6 per cent in FY16) which is considered to be its core peer. While 15 per cent is the average operating margin that any EPC player is likely to generate, factors such as lack of sub-contracting charges, early completion bonus (around two per cent of contract value) and better operating levers have helped Dilip Buildcon fetch the extra 4 -5 per cent margin. It has firm sourcing contracts with Hindustan Petroleum, Bharat Petroleum and Indian Oil for bitumen (a key raw material for road construction) and similar arrangements for cement and steel as well, which also aid its margins. A fleet of 7,345 construction vehicles and equipment as on March 31, 2016 from suppliers such as Caterpillar, Wirtgen, Schwing Stetter and Ashok Leyland eliminates the need for subcontracting.

At a price band of Rs 214-218, price earnings based on FY16 standalone earnings is 11.7-11.4 times. Seen against industry valuation of 15-16 times PE, the modest asking rate also makes the IPO attractive. Valuations of consolidated financials do not distort the attractiveness of the IPO. About a third of the IPO is on account of offer for sale by promoters and existing private equity investors, hence a good amount of the proceeds will flow into the company.

High debt and regional concentration are two key points to look out for. Consolidated debt as on March 31, 2016 stood at Rs 3,221 crore and understandably a large portion (Rs 1,150 crore) is due to BOT projects. Consequently, debt-equity at 3.2 times sharply exceeds industry average of 0.7 times. Rs 202 crore from the IPO proceeds will be used to retire a part of this debt and Rs 200 crore utilised to fund working capital, but that wouldn’t alter the equation meaningfully. Revenue from operational BOT projects (Rs 230 crore) will continue to help service interest cost. High debt exposure limits Dilip Buildcon’s ability to bid for attractive BOT projects and increases its dependence on equity for such projects.

Likewise, Dilip Buildcon started out as a regional player focusing on Madhya Pradesh. While it has branched out to 10 states in the last five years, MP remains a key region accounting for around 40 per cent of revenues. High regional dependence remains a risk.