Narrowing of yield spreads between US and India bonds triggers outflows 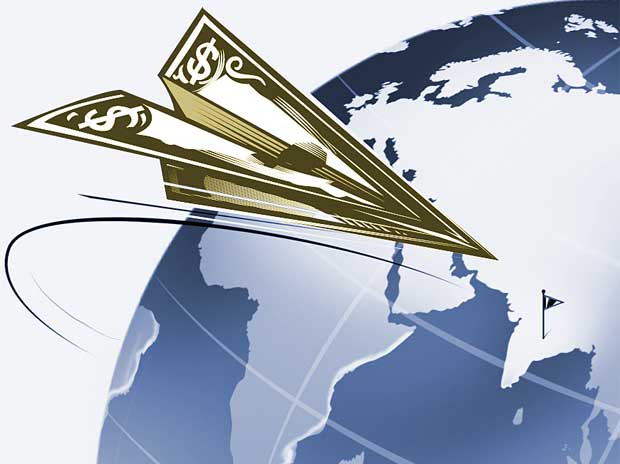 Foreign institutional investors (FIIs) turned net sellers of debt in August despite a steady rupee, taking their year-to-date debt sales to $1.2 billion. This is the highest net debt sale so far since 2013, when FIIs had sold debt paper worth about $8 billion. In contrast, these investors have purchased equities worth $6 billion this year.

Market participants attribute the sales to the outflows in corporate bonds, which is likely to accelerate in the coming months due to maturing of foreign currency non-resident (bank) (FCNRB) deposits in September-November. RBI governor Raghuram Rajan had allowed banks to raise dollars through three-year FCNRB deposits in 2013 to stem the rupee’s fall and shore up the foreign currency reserves.

According to estimates, FIIs have net sold corporate bonds of Rs 18,000 crore this year but purchased Rs 11,000 crore of government securities. Market experts also attribute the debt outflows to decreasing interest rate differential between the US and India and steady hedging costs of five-seven per cent.

“Those who have invested in the debt market on a fully-hedged basis are taking their money back as and when their bonds are maturing. Only those invested on an unhedged basis are choosing to remain invested,” said U R Bhat, managing director, Dalton Capital Advisors (India). However, accounting for a six per cent hedging cost, this will be worth just 10.1 dollar, or a one per cent return, for those who are fully-hedged. On the other hand, speculators on the rupee will keep their positions unhedged, meaning their returns will directly depend on the depreciation of rupee.

The financial stress faced by some emerging markets such as Brazil, Russia and Turkey may also be prompting FIIs to exit their debt investments. “Large FIIs may be reducing allocation to emerging markets, which may indirectly impact countries such as India. That said, India remains an attractive destination because of our stable currency, high foreign currency reserves and lower fiscal deficit and inflationary trends,” said Tushar Pradhan, chief investment officer, HSBC Asset Management (India).

Equities have continued to attract FII money, with year to date inflows of $6 billion. “Over the long term, we expect Indian equities to deliver a CAGR (compound annual growth rate) of 14-15 per cent, which is in line with the earnings growth. Improved macros, reforms momentum, and our relative attractiveness vis a vis other emerging markets will continue to attract FII inflows,” said Toral Munshi, director and head of India equity research at Credit Suisse Wealth Management.