While CSK were rewarded with the trophy, prize money and the tag of being a three-time IPL champion, the latest win is clearly the icing on the cake for the franchise 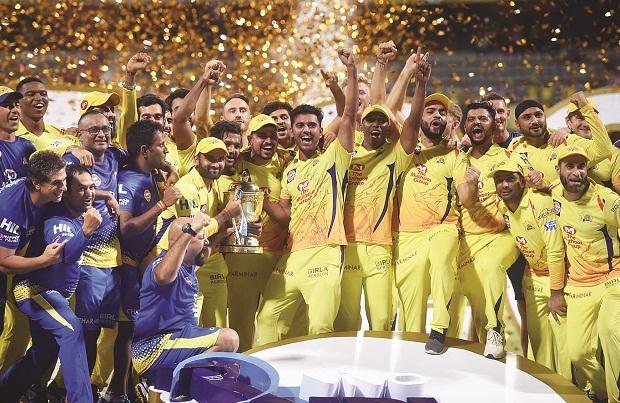 A week ago, Chennai Super Kings (CSK), known for their bright yellow jerseys at the Indian Premier League (IPL), came a full circle. The Men in Yellow, led by MS Dhoni, had begun their IPL journey in early April at Wankhede stadium, also the venue of the final match, beating defending champions Mumbai Indians.

Its opening match, also the first at IPL 2018, set the stage for CSK’s thrilling re-entry back into the tournament after a two-year ban. The momentum was kept alive till the very end when it beat Sun Risers Hyderabad, considered the most effective bowling unit, in the finals.

While CSK were rewarded with the trophy, prize money and the tag of being a three-time IPL champion, the latest win is clearly the icing on the cake for the franchise. Out of sight between July 2015 and July 2017, the period could have dealt a body blow to Brand CSK. But that wasn’t the case at all.

Hashtags #WhistlePodu and the newly coined #Yellove by CSK were the most chanted team hashtags at the IPL this year, Wavemaker said, and Dhoni was the most popular player of the tournament with Rs 1.68 million mentions, followed by Virat Kohli, who led Royal Challengers Bangalore, at Rs 1.13 million mentions.

But if this may seem like a flash in the pan for CSK owing to its consistent performance throughout IPL 2018, executives at India Cements, which sponsors the team, say there was a method to the madness. The build-up for this began two years ago during its suspension period, they say.

Brand CSK stayed alive via on-ground events, social media and product merchandise in the last two years, a strategy it never took for granted. While franchises routinely ensure that the buzz around them is kept alive through the year, for CSK it was virtually a do-or-die situation, said experts.

Its absence from the tournament, explains Joffi Thomas, associate professor, IIM Kozhikode, who has studied CSK carefully, ensured that it had to fall back on good old marketing tactics to stay in the hearts and minds of fans.

Nearly one million people were added on Facebook alone, CSK officials said, in the last two years, taking its total fan base to Rs 12 million. The team also bolstered its presence on Twitter and Instagram, with followers now standing at Rs 4.42 million and Rs 1.2 million respectively.

Even partners swore by CSK, with all thirteen commercial slots filled in a matter of months once the suspension period was over. Muthoot Group, for instance, inked a three-year sponsorship deal with CSK this year, coming on board as its principal partner. Besides Muthoot and India Cements, CSK had Gulf Oil, Equitas Small Finance Bank, HIL, Nippon Paint, Frooti,

ACT Fibernet, Jio, Peter England, Duroflex and Khadim’s as partners, some of whom advertised heavily on television to drive home their association with the team.

While having Dhoni back as captain of CSK was a key draw for sponsors, India Cements executives say the franchise’s strategy of engaging with fans both online and offline also played its part in getting partner attention.

Among CSK’s offline activities were tournaments such as the Junior Super Kings, targeted at school children and CSK Super Cup for corporate houses. As the sponsor of the Tamil Nadu Premier League, a T20 tournament organised in the state for the last two years, India Cements also leveraged the CSK brand aggressively to keep it alive, company executives said.

Merchandise, meanwhile, included everything from apparels to toys, home décor, kitchen items, stickers, wrist bands and other collectibles, available throughout the year.

Harish Bijoor, CEO, Harish Bijoor Consults, says CSK’s initiatives have been focused on instilling pride in the brand. While consistency has been another hallmark — it has remained among the IPL’s top three teams throughout the tournament’s 11-year existence — having Dhoni as the face of the brand also helped.

Bijoor says that India Cements has pushed hashtags such as ‘WhistlePodu’ into the local lexicon well, contributing to its overall brand appeal. For a recent campaign for cement brand Coromandel, for example, the tagline by India Cements, which owns the brand, went: ‘Veedu Kattu, Whistle Podu’ (which means build a house, blow a whistle). The idea was to build loyalty and brand stickiness.

N Srinivasan, vice-chairman and managing director, India Cements, said that the focus for Brand CSK has been on producing good cricket and that they would stay true to this philosophy.

While brand value, last calculated for CSK in 2014, hovered around $67 million, a drop of 7 per cent over the previous year, Sandeep Puri, associate professor, Asian Institute of Management, Manila, says it could now cross the $1-billion-mark. That would be a big leap forward for Brand CSK, putting to rest its past trials and tribulations.