It also found the rule to segregate boys, girls in classrooms to be inadequate for safety 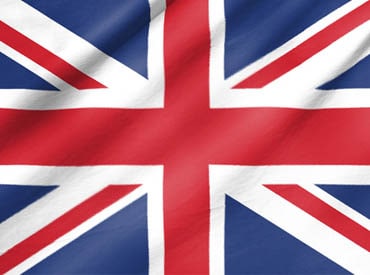 The United Kingdom (UK) government has ordered the takeover of one of the country's first state-funded Islamic secondary school after its policies, including the rule to segregate boys and girls in classrooms, were found "inadequate" and not "sufficiently" safe for students.

Al-Hijrah School in Birmingham, one of the first state- funded Islamic schools in Britain, had offensive books in its library which said a husband can beat his wife. The school also has the rule to segregate girls and boys.

Amanda Spielman, the chief inspector of the UK's schools regulator Ofsted, said Al-Hijrah would be taken over by an independent academy trust on the orders of the Department for Education (DfE).

The department confirmed that the school's management would be handed to an outside trust, The Sunday Times reported.

Birmingham City Council said both it and Al-Hijrah's interim executive board were "co-operating fully" with the DfE to find a suitable academic sponsor.

The move follows a report by Ofsted inspectors who visited the school, which has about 750 pupils, after nine- year-old Mohammad Imaeel Ashraf collapsed there in March.

He was taken to hospital but died soon afterwards.

His funeral was attended by more than 2,000 people.

An inquest into the death, initially reportedly linked to an allergic reaction to fish and chips, will be held later this summer.

In a report published last month, the inspectors gave the school an "inadequate" judgment, the lowest ranking.

They found bullying, a chaotic playground, weak teaching, pupils who were not "sufficiently" safe and staff who did not know what to do in medical emergencies.

For more than a year, the co-educational Islamic school has fought through the UK courts to try to suppress an earlier critical Ofsted report that said its segregation of girls and boys for all lessons from the age of five to 16 was a breach of the UK Equality Act.

Last week, appeal court judges were asked to make a definitive ruling in the case.

If Ofsted wins, up to 20 faith schools that teach boys and girls separately will be re-inspected and may have to change their arrangements.

Spielman told the newspaper she found it "deeply frustrating" when legal challenges were "used to delay things that in our view urgently need to happen".