As to the abolishment of the 50 bonus seats, 179 lawmakers voted in favour, 83 against and 19 abstained 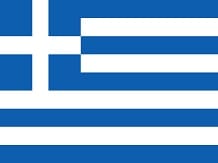 Greek lawmakers on Friday voted to change the electoral law by abolishing a system of bonus seats and lowering the voting age from 18 to 17.

At present, a bonus of 50 seats is offered to the party that wins the most votes in a national election, Xinhua news agency reported.

A total of 281 lawmakers participated in the voting. On the article concerning lowering the voting age, 180 voted in favour versus 81 against and 20 abstaining. The voting required only a majority of 151 for the article to take effect immediately.

As to the abolishment of the 50 bonus seats, 179 lawmakers voted in favour, 83 against and 19 abstained. However, 200 votes are required for it to take effect from the next election under the Greek Constitution.

Therefore, the abolishment of the bonus seats will be applied after the next election.

The Left-led ruling coalition, which controls 153 seats in the 300-member strong plenum, won the support of the Union of Centrists, the Communist Party and a number of independent lawmakers.

The government argued that the simple proportional representation system without the 50 bonus seats will better reflect public opinion while the main opposition rejected it, arguing that it would lead to more uncertainty and political instability.

Even with the 50 bonus seats, the winners of elections in recent years after the outbreak of the debt crisis have not managed to secure an outright parliamentary majority.