JUST IN
TRENDING
You are here: Home » Finance » News » Insurance
;

The landscape of bancassurance promises to be shape-shifting, post Max Life-HDFC Life merger 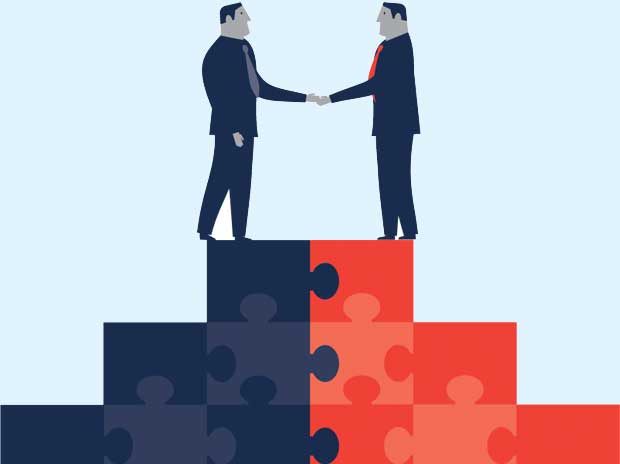 Once Max Life Insurance completes its merger with HDFC Life Insurance, bancassurance would be the biggest channel of distribution with 64 per cent share. Agency would come next at 19 per cent, followed by direct selling at 11 per cent and others at five per cent.

According to Max Group founder Analjit Singh, bancassurance will change the landscape of the insurance sector. With almost all major public and private sector banks being promoters or partners of insurance companies, corporate agency as a channel is fast gaining prominence.testing.. we are here....

India's largest insurer, the Life Insurance Corporation of India (LIC), has signed an agreement with private-sector lender Axis Bank as its bancassurance partner last week. This was one of the biggest tie-ups after April 1 when the new corporate agency norms came into being. This joins the several other tie-ups made by banks with multiple insurers, bringing into reality the open architecture of bancassurance in insurance.

Following several rounds of discussions with insurers who had expressed apprehension over opening up their 'exclusive' bank partner networks to multiple insurers, a consensus was finally achieved. Unlike earlier draft norms where banks were asked to mandatorily open up and reduce business from any single insurer, the final norms said banks could tie up with up to nine insurers from life, non-life and health insurance categories.

Both private and public sector banks have shown interest in making multiple tie-ups. For instance, Tata AIG General Insurance has entered into a corporate agency (non-life insurance) agreement with public sector lender Bank of Baroda to distribute multiple general insurance products to its customers. Earlier, Star Health Insurance and Bank of Baroda had entered into a corporate agency agreement to market Star Health products across the bank's branches.

Bank of Baroda has been among the most active among public-sector banks with respect to tie-ups. It also tied-up with standalone health insurer Max Bupa to offer the latter's health insurance offerings to the bank's customer base spread across the country.

Apart from Axis Bank, other private banks have also entered into multiple tie-ups. In May, IndusInd Bank announced it forged an alliance with Reliance General Insurance to distribute the latter's products across its bank branches. This was one of the first private sector bank agreements signed after the new corporate agents norms came into being.

Data show that the bancassurance market size was Rs 9,500 crore in FY14 (individual segment) and it grew to Rs 11,000 crore in FY15 driven by large unit-linked insurance policy sale. There is still scope since public-sector banks with about 400 million accounts have an insurance penetration of only one per cent. It is estimated that the increase of penetration in public-sector banks, at 15 per cent, can add 50 million customers and generate an additional Rs 60,000 crore in life insurance premium in the next five years.

Opening up of all bank branches to multiple insurers is still some time away, although the insurance regulator has said that bank boards must give out their plans to open up their branch networks to multiple insurers. The aim is that no single bank can remain an insurer's exclusive partner.

However, with multiple tie-ups, the liabilities also rise. The Insurance Regulatory and Development Authority of India (Irdai) has said the bank and its employee(s) would be responsible for any insurance sale made. So, if any misselling complaints arise, they can be called into question.

In a recent directive to banks and non-banking financial companies (NBFCs), Irdai said the NBFCs should strengthen their processes to discourage forced selling or misselling. "It is emphasised that refunding the money or allowing the customer to change the mode of payment or plan is not the solution for this vexatious issue (misselling or forced sale). Instead, the banks/NBFCs should have a system that proactively detects and discourages such kinds of misselling/forced selling/wrong selling."