Check feasibility of holding floor test in Uttarakhand under supervision: SC to AG 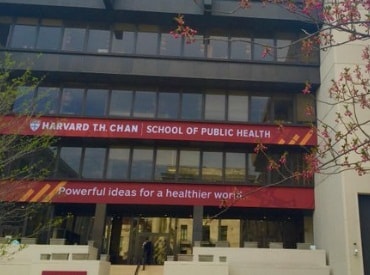 Like previous years, India has failed to mark its presence in the 100 most reputable universities in the world list for 2016, too.

This year's Times Higher Education (THE) World Reputation Rankings saw Harvard University take the top spot for the sixth consecutive year. The other top four positions were taken up by Massachusetts Institute of Technology, Stanford University, University of Cambridge and University of Oxford.

Launched in 2011, THE World Reputation Rankings offer a definitive list of the world's most prestigious universities based on their global reputation. India continues to be one of the few nations not to have featured even once in the list.

Among the BRICS (Brazil, Russia, India, China and South Africa) nations, only South Africa and India failed to mark their presence in the 2016 list.

The Indian Institutes of Technology (IITs) had set up a committee to look into improvement of their global reputation. However, according to the director of one of the older IITs, who did not wish to be quoted, there hasn't been much headway.

"We have been working on improving research and international linkages to enhance our global reputation as a brand. However, this will take some time and cannot be achieved overnight," the director said.

China led the BRICS nations in the World Reputation Rankings with five universities ranked this year. "Russia has three institutions in this year's ranking, up from two last year. However, the top two, Lomonosov Moscow State University (30th place) and Saint Petersburg State University (81-90 band) have both dropped since last year. Brazil's single entry has also dropped this year, with the University of São Paulo dropping from the 51-60th band to the 91-100th," said a Times Higher Education statement.

Commenting on the rankings, Phil Baty, Times Higher Education rankings editor, said, "Reputation is the global currency of higher education. It may be subjective, it may not always be fair, but it matters deeply. The clear lesson, in the sixth year of this annual list of the world's most prestigious universities, is that we have a firmly entrenched elite group of six global university super brands. The six, two from the East Coast of the US, two from the West Coast and two from the UK, have topped the list - standing head and shoulders above the rest of the pack - every year since we started back in 2011."

According to Baty, outside of the US and the UK, the global higher education world has been changing, with universities in China, Hong Kong, Japan and South Korea all making progress. "We now have a Chinese university in the world top 20 for the first time, and another right behind it in the top 30."testing.. we are here....

Despite India's absence on the list, Asia's strong performance in this year's ranking of the world's most reputable universities, based on an invitation-only survey of top academics, follows the continent's growing presence in the flagship THE World University Rankings in recent years.