Catch all the market action here. 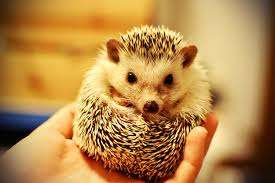 The Sensex and Nifty dived more than 1 per cent on Friday, in line with global markets as heated rhetoric between the United States and China over import tariffs led to global trade war fears. The S&P BSE Sensex ended at 32,597, down 410 points while the broader Nifty50 index settled at 9,998, down 117 points.

US President Donald Trump signed a presidential memorandum that could impose tariffs on up to $60 billion of Chinese goods including steel, although the measures have a 30-day consultation period. In retaliation, China unveiled plans to impose tariffs on up to $3 billion of US imports.
MSCI’s broadest index of Asia-Pacific shares outside Japan dropped 2.4 per cent, tracking a huge overnight fall in the US markets.
The NSE index fell below the 10,000 level for the first time this year and was trading much below the 200-day simple moving average of 10,172.7.
Lenders were the biggest drag, with the Nifty Bank index hitting its lowest since September 2017. Axis Bank dropped 3.85 per cent, while Punjab National Bank fell 3.73 per cent.
Metal stocks were also down with the Nifty metal index declining over 3 per cent to its lowest since September 25, 2017.
First Published: Fri, March 23 2018. 16:46 IST
`