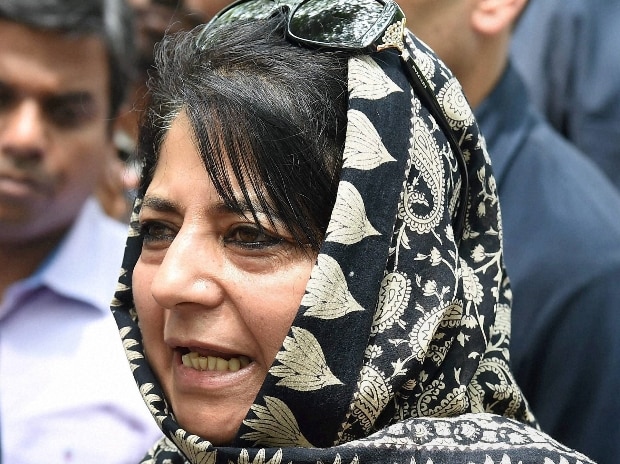 Jammu and Kashmir Chief Minister Mehbooba Mufti on Sunday launched the central government's UJALA scheme in the state with the distribution of LED bulbs among people.

The National LED programme was launched by Prime Minister Narendra Modi in January 2015. Under this scheme consumer can buy five LED bulbs at the rate of Rs 20 each by showing monthly electricity bills or ID cards.testing.. we are here....

In case of purchase of more than five bulbs, consumers need to pay Rs 95 per bulb.

Speaking on the occasion, Mufti said the UJALA scheme had already become "a national revolution".

"Government acknowledges the great savings that the scheme shall bring to the electricity bills of the consumers and has made sincere efforts to ensure that the people of Jammu and Kashmir have access to this national scheme," said Mufti.

"It will cut down your electricity bills and shall bring in more brightness into your life," she said.

Highlighting the importance of energy conservation through the spread of LED bulbs, Mufti said it was much more economical to conserve power, than to produce power.

"When we speak of electricity and the need to ensure that it reaches everyone, we only think of its generation and that how many plants did we install, how many dams did we build or how many power stations are there in a city or town, however, it is time we look at the alternative, that of saving electricity," Mufti said.

"With each watt saved, we generate one watt of electricity. As one LED bulb consumes one tenth of the energy consumed by a normal yellow bulb, we shall be saving enormous amount of energy if we are able to replace the 80 lakh inefficient bulbs in our state with LED bulbs," she added.

The Chief Minister said the government was working on a "comprehensive roadmap to augment the generation, transmission and distribution systems" to ensure quality power supply to the consumers, adding it was with this augmented power sector, that the state's economy could be "revitalised" with because of its cascading effect on all sectors.

Mufti urged the consumers to come forward and purchase the LED bulbs "so that their monthly electricity bills are reduced and they contribute positively towards energy conservation".

The scheme will be implemented in the state by Jammu and Kashmir Power Development Department in collaboration with Energy Efficiency Services Limited (EESL).

Warning: file_get_contents(/usr2/data/content/bs/article/16/08/116032400456.json): failed to open stream: No such file or directory in /usr2/unibs/application/modules/article/controllers/ManagerController.php on line 1130

Warning: file_get_contents(/usr2/data/content/bs/article/16/08/116041300541.json): failed to open stream: No such file or directory in /usr2/unibs/application/modules/article/controllers/ManagerController.php on line 1130

Warning: file_get_contents(/usr2/data/content/bs/article/16/08/116032200275.json): failed to open stream: No such file or directory in /usr2/unibs/application/modules/article/controllers/ManagerController.php on line 1130

Warning: file_get_contents(/usr2/data/content/bs/article/16/08/116040100282.json): failed to open stream: No such file or directory in /usr2/unibs/application/modules/article/controllers/ManagerController.php on line 1130