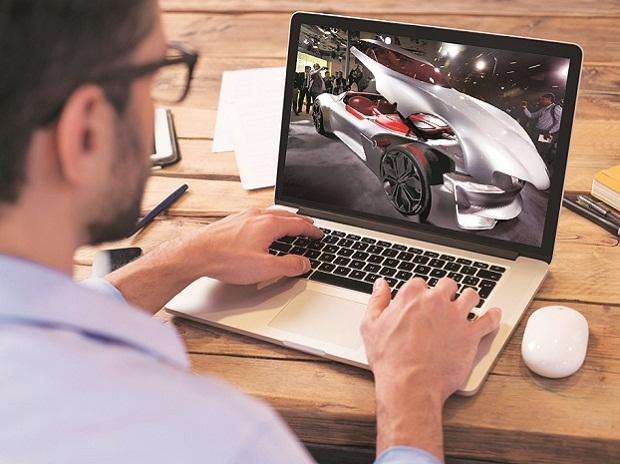 Industrial output grew by 7.1% in December, maintaining the recovery momentum, on the back of robust performance by manufacturing as well as higher offtake of capital goods and non-durable consumer goods.

The Index of Industrial Production (IIP) had grown at 2.4% in December 2016, as per the data released today by the Central Statistics Office (CSO).testing.. we are here....

The IIP growth for November, 2017 was revised upwards to 8.8% from provisional estimates of 8.4% released last month. Retail inflation declined to 5.07% in January due to easing prices of vegetables, fruits and fuel components, an official data showed today.

The data released by the Central Statistics Office (CSO) showed that the rate of price rise for consumer foods eased to 4.7% in January, from 4.96% in December.

Inflation in the vegetable basket slowed to 26.97% as against 29.13 in December. Prices of fruits too rose at a lower pace of 6.24% last month, as against 6.63% recorded in the preceding month.

For the fuel and light segment, inflation was 7.73% last month compared to 7.90% in December.

The IIP growth in December was mainly on account of uptick in manufacturing sector, which constitutes 77.63% of the index. It grew by 8.4% during the month as compared to just 0.6% in December 2016.

The capital goods, a barometer of investments, showed a sharp increase in output by 16.4% in December, 2017 as against a decline of 6.2% year ago.

The consumer non-durables, which are mainly fast moving consumer goods, too showed an increase of 16.5% as against contraction of 0.2%.

As per use-based classification, the growth rates in December 2017 over December 2016 are 3.7 percent in Primary goods, 6.2% in Intermediate goods and 6.7 percent in Infrastructure/Construction Goods.

The consumer durables have recorded growth of 0.9% in December 2017.

In terms of industries, 16 out of 23 industry groups in the manufacturing sector have shown positive growth during December 2017 as compared to the same month year ago.

IIP data for December, along with CPI for January, will be crucial for the second advance estimates of GDP for 2017-18, which will be released by the end of this month.

"Retail inflation is likely to hover around the 5% mark in the January-March quarter. Thereafter, CPI readings could touch 6% by the summer. Against such a backdrop, it is unlikely that the central bank would consider cutting rates. In fact, if the softening expected in 2H-FY19 does not materialise, the risk would be that of a rate hike somewhere down the line," said Tushar Arora, senior economist, HDFC Bank.

"Inflation numbers for January are modestly lower mainly due to moderating food (prices), while higher oil and rent allowance limited a larger correction in price pressures.

Numbers are along RBI's revised projections, with the next six months to stay firm on arithmetic terms i.e due to base effects.

"The central bank has already indicated that it will look through near-term prints and today's numbers don't warrant any change in their neutral policy stance. Volatility and base effects aside, IIP (industrial output) signals that growth has hit a trough and is on a gradual upmove," said Radhika Rao, group economist, DBS, Singapore.

"I don't think the RBI will change its views since it has already been contemplating an upward revision in inflation in the next half-year. Based on their stance, it is unlikely they are going to tinker with rates. Inflation may increase in the coming months due to oil price hike and food inflation not coming down. I do not expect a rate hike for the next five to six months.

"Apart from oil prices, monsoons will be the key factor for inflation. Food inflation has been the biggest culprit but if monsoon turns out well it could keep inflation to moderate levels," said Raghvendra Nath, MD, Ladderup Wealth Management.