Isro places GSAT-6A communication satellite in orbit: All you need to know

Reduced interchange charges have made the sector unviable 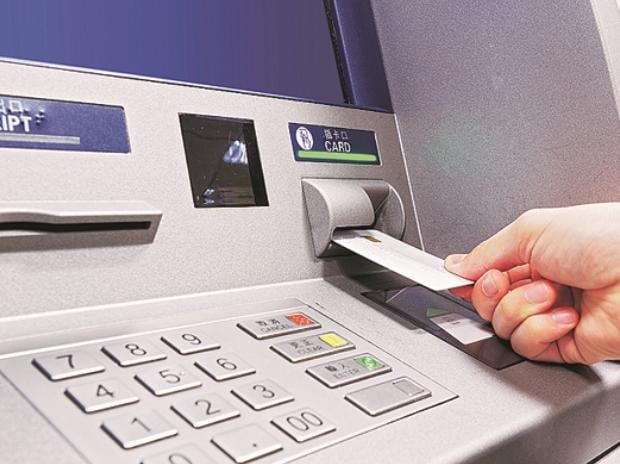 testing.. we are here.... White label ATMs (WLA), which can be set up by non-banking entities, were said to be the future of ATMs in India.

However, the industry has seen a handful of players since 2013, when the country’s first WLA was set up by the Tatas’ Indicash.

The cash crunch following demonetisation and transaction fees that do not cover costs are among the reasons why the sector is struggling.

The Reserve Bank of India (RBI) had issued WLA licences to set up at least 9,000 ATMs in three years in rural India.

Major players including Indicash, BTI Payments and Hitachi Payments had announced plans to open the required ATMs and more on receiving the WLA licence. But the roll-out was slower than what the regulators and WLA operators had expected. Progress on new ATMs continues to be slow.

Indicash and BTI Payments have 8,500 and 4,800 WLAs, respectively, and have failed to meet the targets.

“The RBI is not penalising us because they understand that setting up more ATMs is not viable. No one has met the targets. If the RBI imposes a fine, people will probably surrender their licences,” said Nashvin Noronha, Head, WLA, AGS Transact Technologies.

BTI Payments says demonetisation was responsible for failing to meet the targets and it lost eight to ten months’ business owing to it.

“In the third year, we were hit by demonetisation. So putting up new ATMs made no sense,” said K Srinivas, chief executive officer (CEO) and MD, BTI Payments.

WLA operators say the effects of demonetisation linger. “The growth was fast-paced before demonetisation. However, after demonetisation there has been a selective approach, concentrating on markets that have sustained cash supply because it continues to be erratic in some states and areas,” said Sanjeev Patel, CEO, Tata Communication Payment Solutions.

Demonetisation also forced SREI infrastructure to close down its line of WLAs. In March, SREI Infrastructure surrendered its certificate for opening 9,000 ATMs in rural India.

“With ATMs running dry many for weeks, questions over their viability became acute,” said a senior executive of the company.

The saving grace for SREI was that the venture did not bleed the company since it had rolled out only three to four ATMs, said the executive.

“WLAs were conceived to drive financial inclusion. However, considering the current interchange that the operator gets and unavailability of cash for WLAs, this model has not picked up as envisaged,” said Loney Antony, MD, Hitachi Payment Services.

Interchange is the fee — reduced from Rs 18 to Rs 15 — WLA operators charge banks for every transaction. This was a major blow to the segment.

BTI Payments said the cost of carrying cash was more in rural areas and thus the transaction fee should be higher than that in metros.

“The cost for running these networks is in excess of Rs 20 per transaction. Hence the industry has been demanding an increase in interbank charges, said Navroze Dastur, MD, NCR Corporation.

Meanwhile, the Confederation of ATM industry (CATMi) says the business needs unit-level profitability to be viable.

“The cap on free transactions, introduced by the RBI in 2014, needs to be reviewed because it has had a negative impact on using ATMs. The investments required around ATM security to prevent malware attacks, frauds, etc., and rising operating costs of servicing ATMs in semi-urban and rural locations, coupled with reduction in transaction volumes in the urban locations, have affected ATMs,” said Himanshu Pujara, treasurer, CATMi, and MD, Euronet Services India Pvt Ltd.

However, a WLA executive said the chances of the interchange being increased were low. “The RBI has entrusted National Payments Corporation of India (NPCI) to set interchange. NPCI’s steering committee is heavily in favour of public sector banks, which are net issuers and resist interchange increase,” he added.

Industry players say they have been supplementing transaction fees with third-party advertising and the industry hopes the regulator would allow it to offer value-added services. However, the revenue from these elements is small.

“ATM in India is a cash-and-dash business. You will not get more than 1-2 per cent of your revenues from other services. The only means of making this business viable is to increase interchange,” said Noronha.