Sahara case: Money did not fall from heaven, tell us how you raised Rs 25,000 cr in cash, asks SC 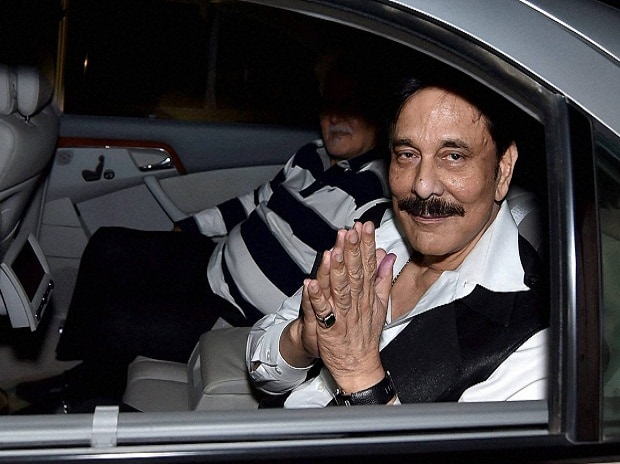 Sahara chief Subrata Roy, in prison in Delhi since March 2014 at Lucknow airport after being allowed to leave prison for four weeks for the funeral of his mother Chhabi Roy. (Photo: PTI)

Supreme Court on Friday asked the Sahara Group to come clean by disclosing its sources from where it had raised Rs 25,000 crore and paid its investors in cash, observing that it is "difficult to digest" as such a huge amount "cannot fall from the heavens."

"You (Sahara Group) tell us what is the source of this money? Did you get the money from other companies or other schemes to the tune of Rs 24,000 crore? Withdrew it from bank accounts? Or sold property to get it? It should be any of the three alternatives. Money did not fall from the heavens. You have to show from where you have got the money.

"Though we don't doubt the capacity of your client to pay crores of money to investors, that too in cash in two months. But the entire explanation of the episode is difficult to digest. Tell us the source of the cash and there will be no need to open the pandora box," a bench headed by Chief Justice T S Thakur said.

The bench, also comprising Justices A R Dave and A K Sikri, which will hear the matter on the issue again on September 16, said "you start the hearing on that date by disclosing from where you got the money."testing.. we are here....

"Show us the documents. How the money was lying in other schemes," the bench said after senior advocate Kapil Sibal, appearing for Sahara Chief Subrata Roy, submitted that the group had raised money and paid to its investors in cash and the market regulator SEBI was running away from finding out crores of investors.

"This is your (Sahara's) claim. SEBI has a very simple question. Please tell us from where you got the money. You tell us and we will close the case. You tell us how you raised Rs 25,000 crore in cash," the bench said.

Sibal said the group was open for any probe and even assuming that there is an apprehension that it is a case of blackmoney, the group can be investigated but "if it's black money, who is SEBI to investigate? It is matter of Income Tax (Department)."

However, the bench said the onus was on the business house to reveal the source of the money, whether it is accounted money or unaccounted money.

"Was it lying in your bank account or you got it from schemes floated by you," the bench said as Sibal tried to convince that the Group drew money from others schemes in which the investment was made.

"I have already filed an affidavit," Sibal said.