Curfew continues for 57th day in parts of Srinagar, restrictions in rest of Kashmir 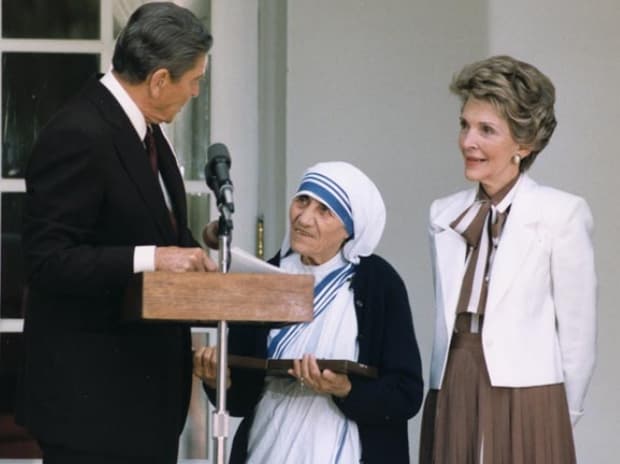 Mother Teresa will be declared a saint by Pope Francis of the Roman Catholic Church in a canonisation ceremony in Vatican City on Sunday in the presence of over a lakh of her followers from all over the world.

From India, a 12-member central delegation led by External Affairs Minister Sushma Swaraj and two state government-level delegations from Delhi and West Bengal led by Chief Ministers Arvind Kejriwal and Mamata Banerjee, respectively, will be in attendance during the function.testing.. we are here....

Nuns at the Missionaries of Charity, founded by the late Nobel laureate nun, said the canonisation in Rome will have a special universal significance because of the Mother's popularity.

A group of around 40-50 nuns from different parts of the country will be present at the ceremony led by Missionaries of Charity Superior General Sister Mary Prema.

Besides Archbishop of Kolkata Thomas D'Souza, about 45 bishops from all over India are now in Vatican.

In March, Pope Francis had announced that the Mother, who spent 45 years serving the poor and sick on the streets in Kolkata, will be elevated to sainthood after the Church recognised two miracles attributed to her after her death.

To mark the occasion a series of events are being held in the city where the Mother lived and worked all her life.

At the Mother House here tomorrow, a special mass will be organised and the nuns have promised to celebrate the occasion with the poorest of the poor.

In 2003, Teresa was beatified by then Pope John Paul II in a fast-tracked process which is the first step to gaining Sainthood.

In 2002, the Vatican officially recognised a miracle she was said to have carried out after her death, namely the 1998 healing of a Bengali tribal woman, Monika Besra, who was suffering from an abdominal tumour.

The second miracle was from Brazil, where a person had been healed miraculously as a result of her earlier prayers.