Recalling her preparation for the Games, Sindhu said she had worked on each and every stroke of hers with coach Pullela Gopichand 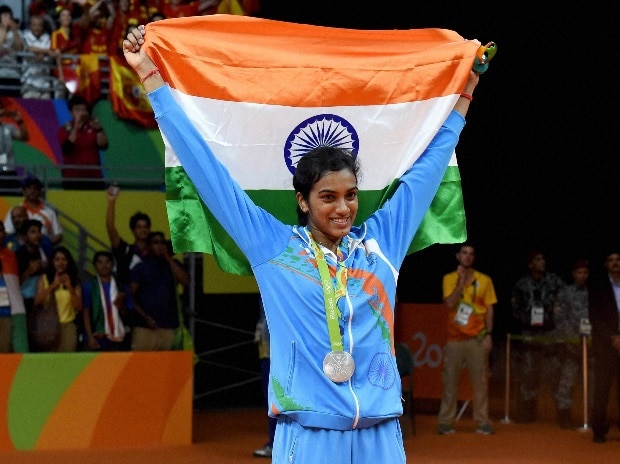 After bagging a historic silver at the Rio Olympics, shuttler P V Sindhu has now set her eyes on the upcoming Superseries this year and the All England championships in March.

After tasting success in her maiden Olympic campaign, the 21-year-old admitted that she is on cloud nine at the moment, besides calling the feat a "dream come true".testing.. we are here....

"It's a totally different feeling...a definite dream come true. It was my first Olympics and to get a medal in the very first attempt really makes it much more special," Sindhu told IANS here on Tuesday.

"Though its getting tiresome repeating the same words in every interview, I am enjoying every moment of it."

Recalling her preparation for the Games, Sindhu said she had worked on each and every stroke of hers with coach Pullela Gopichand.

"Each one of the rivals have their own style and technique and I have played against them previously. We prepared strategies before every game which worked in my favour," she said.

"There were no tournaments in the last two months, which helped us in the preparations. Each and every day, the focus was on the Olympics."

"Each and every match was equally tough..its not that I can single out any of the opponents as an easy one. I just believed in myself while facing the higher-ranked players," said the World No 10, who had defeated World No 6 Chinese Taipei's Tai Tzu Ying and World No 2 Wang Yihan of China in the pre-quarterfinal and quarterfinal respectively before setting up the summit clash with World No 1 Carolina Marin of Spain.

Recollecting her match against Carolina in the gold medal encounter, Sindhu said the Spanish shuttler came back with great aggression despite losing the first game.

"It was a great match overall..she is a naturally aggressive player and having played with her before, I knew she would fight hard to bounce back, which she did in the second.

"The third game went on an equal fight till 10-10 and then I gained 3-4 points before she came back to gain the lead. By the time, I managed to catch up with her, she went on to win it. Its an Olympic final, so anyone will try hard to go for the gold," the Hyderabadi shuttler said.

Sindhu was conferred the Rajiv Gandhi Khel Ratna award — the highest sporting honour in the country — by President Pranab Mukherjee at a special function at Rashtrapati Bhavan here on Monday.