JUST IN
TRENDING
You are here: Home » Current Affairs » News » Science and Technology
; 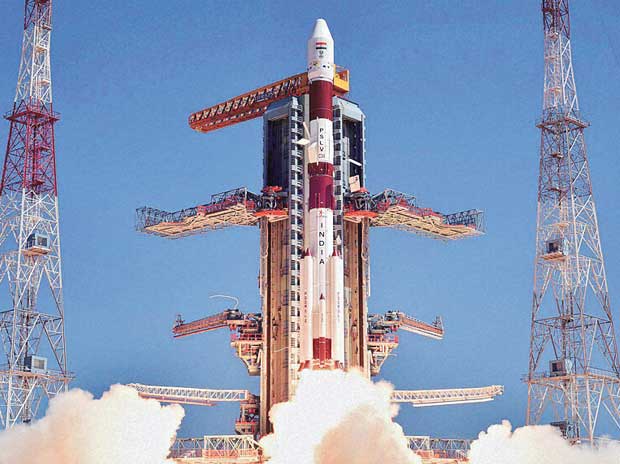 India’s space agency plans to launch a navigation satellite it will build jointly with a private firm by March next year. This is expected to kick-start a process to outsource satellite manufacturing and free up its resources to focus on research and deep space missions.

Indian Space Research Organisation (Isro) has received more than 40 responses to a tender floated to invite private firms to jointly build a satellite and eventually transfer satellite-making technology for local and global needs.testing.. we are here....

“We will identify a few stakeholders, develop them, give them certification. The sheer quantity (of satellites required) itself dictates we have to sustain them (partnership with vendors),” M Annadurai, director of Isro satellite centre said.

India, based on current needs, needs to launch a satellite every month over the next five to seven years, to meet growing needs of local customers for direct to home (DTH) broadcast, mapping applications for urban and disaster planning and communication services.

As part of the new tender, the space agency plans to hand-hold vendors to jointly build, test and certify two navigation satellites that it will launch to join the fleet of seven Navic satellites already in space.

“Our target is to realise this satellite before March, that means before October we should be ready to identify who will be the first set of vendors,” Annadurai said. “We are planning to develop vendors who can possibly take over the first satellite with hand holding from ISRO.”

At the same time, Isro is also sensing an opportunity to replicate India’s success in IT outsourcing in building satellites for global firms and launching them from Indian soil. There is a global surge in new satellite companies such as One Web, Google-owned Terra Bella and former NASA employee-owned Planet Labs, Spire Global, Space X and Millennium Space Systems, who collectively plan to launch over 2,500 new satellites over the next few years.

The bulk of these are small and mini satellites for areas such as remote sensing and navigation, disaster management, intelligence gathering and providing high speed internet services.

In June, Isro had invited over 100 firms, including a majority of component and systems suppliers such as Godrej Aerospace, Tata Advanced Material Systems, Hindustan Aeronautics Ltd and Bengaluru-based Avasarala Technologies, to showcase satellite making opportunity for both local and global needs.

Research and Markets estimated in May that the global opportunity for small and mini satellites will grow nearly one and half times to $5.32 billion by 2021. In 2016, the market was estimated to be $2.22 billion.

For Isro, a few firms based in Silicon Valley such as Planet Labs, Google’s Terra Labs and Spire Global are customers of Isro, using the Pslv rocket to hurl satellites into space. Now, Isro looks to expand the relationship with these and other firms to make satellites locally in India and launch them from Indian soil.

Isro is also stitching an industry consortium that it expects to build and launch the Polar Satellite Launch Vehicle (PSLV) by 2020, while it focuses on developing newer rockets to bringing down the cost of transport to space.