JUST IN
TRENDING
You are here: Home » Finance » Features » Banks
;

Known for its rich black alluvial soil, soybean has for long been mainstay of millions of farmers 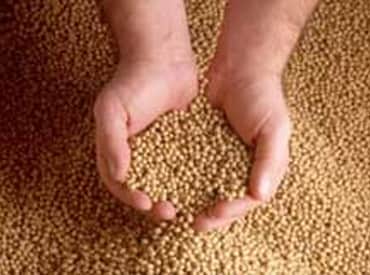 As per the website of Soybean Processors Association of India (SOPA) the biggest organisation of soy trade and industry, the last time soybean seed prices in Indore mandi crossed Rs 4,000 per quintal was way back in March 2015, more than two years back.

Since then wholesale prices have hovered around Rs 3,000-3,300 a quintal, down almost 25%, dealing a big blow to region’s economy, hitting the farmers’ most.testing.. we are here....

The dwindling soybean-based economy of the region could have been a contributing factor in fueling the anger in farmers, particularly of the Malwa region. The farmers had called for a statewide agitation from June 1.

The agitation turned violent on Tuesday when police opened fire on a group of protestors in Pipliyamandi area of Mandsaur leading to the death of five farmers.

Another succumbed to his injuries on Friday taking the death toll to six. The agitation had spread to other regions of the state since the last few days.

Known for its rich black alluvial soil, soybean has for long been the mainstay of millions of farmers across the Malwa region largely comprising of districts of Ujjain, Ratlam, Mandsaur, Neemuch and also Indore.

In fact, the entire zone is called the country’s soy capital because of favourable agro-climatic conditions and ready available market due to the presence of processing plants nearby.

For almost 90% of the farmers here, soybean along with wheat for long has been the mainstays of their farming.

Incidentally, prices of both have not been commensurate.

Soybean prices in most mandis of the region has not even been near to the rates they got two years back pushing even during the lean season pushing many of them into debt.

“Let the government assure me that I will get at least Rs 6,000 from soybean in the coming kharif harvest season and I promise you that much of my problem will be over,” said Rajkumar from Mandsaur.

Raj Kumar was one of the farmers who participated in the agitation demanding better price for their produce and also a loan waiver.

“The loan that we get every year from Primary Agriculture Cooperative Societies for buying seeds and fertilisers is disbursed in installments despite we making the repayments in time, which hurts our operational capacity,” another farmer said.

Rajesh Agarwal, former president of SOPA and an old hand in soybean trade says farmers of Malwa have to realize that they won’t get the same price for soybean every year.

He said the soybean rates in Indore and adjoining areas are linked to international markets as both soy oil and soymeal is heavily traded globally.

If the international market is weak, the trader or processor can do little because even in such low price of raw material the industry is not making big profits and almost 70% of the installed processing capacity in the region remains unutilised.

“Farmers have to understand that their realisation can only go up only if soybean’s productivity is raised as then industries will run in full capacity,” Agarwal said.

Over the last two decades more than 50 small and big soybean processing plants in the region has closed down.

The remaining too are functioning at less than 40% crushing capacity.

Clearly, the problem of Malwa are multi-dimensional which makes solving them all the more challenging.