After more than 50 years, ITDC's The Janpath Hotel in downtown New Delhi will close down 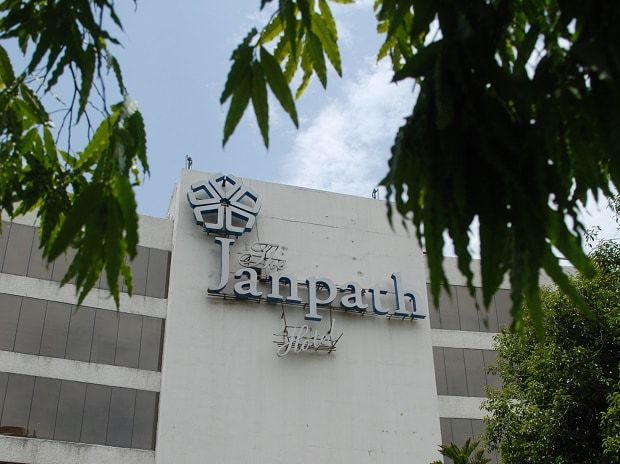 The façade of The Janpath Hotel in New Delhi

Connaught Place and its radial lanes are home to several relics of a bygone era, hanging on to their laidback ways. The Janpath Hotel, run by the Indian Tourism Development Corporation, belongs squarely within this paradigm of this sepia-toned past. But the government has other plans — the four-acre hotel will soon have to make way for offices.

The guests seem largely unaffected by this turmoil. The tea lounge is fully occupied at 2 PM and the lobby has a busy flurry of bellboys moving luggage with guests in tow. The floor bears the signs of wear and tear. Inside the gems and jewellery store down the corridor, scaffolding and electrical pipes are stacked at the far end. Unlike the floral fragrance at most upscale hotels, the air here smells strangely like a temple.

Within a stone’s distance of some of the city’s plushest hotels — The Imperial, Le Meridien, Shangri La — The Janpath does look an oddity, like an Ambassador in a garage full of Mercs, BMWs and Audis. The Narendra Modi government has decided to no longer throw good money after bad. So Air India could be privatised and The Janpath will be shut.

This decision has made Shoaib Khan, who works at the hotel’s tea lounge, very nervous. He joined the hotel a year ago, hoping the work load will not be too heavy. “I suppose I’ll have to go back to the private sector now,” he says. 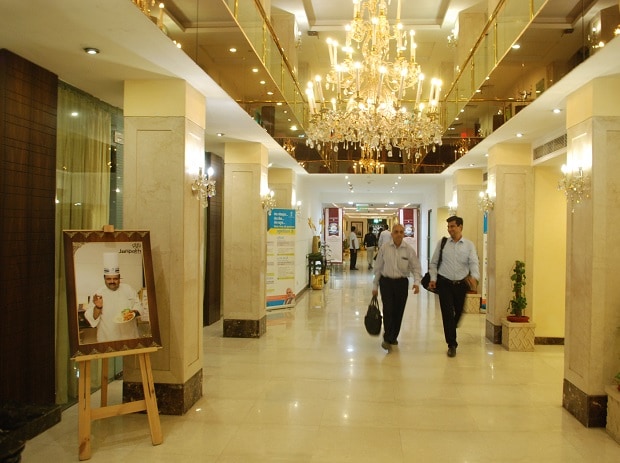 The Gulnar Restaurant still has a few loyal visitors; the lobby, though well-lit, looks like it has seen better days
Khan is one of the 230 contractual employees who manage housekeeping and F&B at the hotel in addition to the 117 permanent employees. Fear stalks all. “We may be contractual workers but we all are praying the government overturns its decision,” says Amit Mishra, another F&B executive.

Established in 1965, The Janpath was one of the first hotels under ITDC. When the Atal Bihari Vajpayee-led government unrolled its disinvestment plan for ITDC hotels, The Janpath survived only because the bids were below the reserve price.

This new lease of life was not entirely smooth, though. When the hotels were sold, The Janpath’s neighbour — The Kanishka — was one of them. In true neighbourly spirit, the two hotels shared a common air-conditioning unit. The Janpath had to scramble to retain its guests once the new owner of The Kanishka cut it out. The Janpath’s façade at the time was open, only the verdant trees shielding guest rooms from Delhi’s excruciating heat.

“There were only three junctures in the history of this hotel that we suffered a loss: the 1984 riots, the blasts in Mumbai in 1993 and when The Kanishka was sold off,” says Rakesh Bhanot, superintendent of material management and distribution and general secretary of the All India ITDC Workers Federation.

The hotel posted a profit after tax of Rs 8.32 crore for 2015-16, the last year for which such numbers are available. This in spite of the fact that out of its 239 rooms, only about 50 are in use and average occupancy is a modest 60 per cent. There are almost seven employees per (functional) room, which compares well with the topmost luxury properties in the world. Retail space of 27,000 lies unoccupied. Bhanot and others are loyal soldiers of the public sector. The thought that the government has no business to run hotels is inimical to them. The Janpath, they are convinced, still has a future if a few things are set right.

The ITDC workers’ union, which is affiliated to the Bharat Mazdoor Sangh (the labour wing of the Rashtriya Swayamsevak Sangh), has written to Prime Minister Narendra Modi and Junior Finance Minister Arjun Ram Meghwal to highlight how slow decision-making has harmed the hotel. Among the most eye-catching was that a tender for milk could not be finalised in five years. “You give us autonomy and the freedom to get things done and I can promise you that within six months, we can show better profits,” says a confident Bhanot. ITDC declined to comment.

While the building and the interiors have some semblance of luxury, the office spaces seem to have seen better days. Mosaic flooring, protruding sewage pipes and peeling-off paint give the sense of a make-shift arrangement. The Janpath received its first and last renovation in 2010. The bureaucratic hurdles have indeed been detrimental for both The Janpath and those doing business with the hotel. The 27,000 sq ft space lying vacant once housed Cibo, an Italian restaurant for which Rohit Bal was the design and creative consultant. “It was a rare, incredible space that was a part of the hotel in terms of security and infrastructure, but had the advantage of a separate entrance and kitchen,” says Bal. While he says he knew little about the business aspect, he did think the overall experience was pleasant. “But one fine day, the administration decided to double the rent and it became unsustainable for us. It is a pity that such a beautiful restaurant at one of the most iconic places in Delhi had to shut down.”

Amarjeet Singh Talwar, former general manager (operations) at The Ashok and a former staff at The Janpath, believes that it is a grave mistake to do away with the prime property. “There is no doubt that there are challenges, but The Janpath has proven it can turn its fortunes around like it did after the renovation in 2010. It would be a waste to see such a prime property turned into offices.”testing.. we are here....

Talwar agrees that the hotel needs a facelift and needs to better utilise its space. For instance, it lacks a large meeting venue unlike its main competitors, Shangri-La and Le Meridien. “Even then, when these hotels have large conferences, the mid-level executives are made to stay at The Janpath because the organisers can’t afford rooms at the luxury properties,” he explains.

For Rakesh Mathur, former president of Welcome Heritage Hotels (of ITC Hotels), there is just one word for the government’s decision — ridiculous. “Look around the world and you’ll find tourist hubs like Connaught Place in New York, London and Paris. What sense does it make to build offices here instead?” He cites the example of The Qutub hotel, another disinvested ITDC property that had so much hospitality potential but was converted into a government office building. “Why do we need offices in Lutyens’ Delhi at all? Offices can be built in Janak Puri or Ghatkopar. What we need are more tourism resources,” says Mathur.

But it looks like The Janpath may have to wave a final goodbye. A new world beckons.