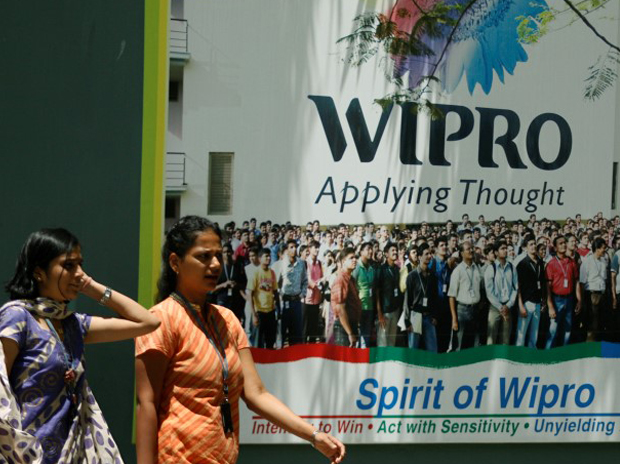 People walk in the Wipro campus in Bengaluru: Photo: Reuters

Wipro surpassed its Q1 revenue guidance as it saw demand accelerating from cloud and digital transformation, which was further supported by the company’s new business strategy.

In US dollar terms, the company reported revenue of $2.4 billion a growth of 12 per cent sequentially in constant currency. This is much ahead of the Street expectations of a growth of 10 per cent qoq. The company also stated that of the 12 per cent growth, 4.9 per cent was organic and the rest came in from Capco.

“If you look at the guidance for the second quarter and what we have done in Q1, we see the company delivering a double digit growth for the fiscal,” said Thierry Delaporte, CEO & MD, Wipro. However, the company’s margins were down by more than 200 basis points to 18.8 per cent. He also added that growth was broad based with all verticals and geographies reporting double digit growth.

Aided by the acquisition of Capco, Wipro surpassed larger peers like TCS and Infosys on growth and profitability on sequential basis. Wipro clocked in 12 per cent revenue in constant currency sequentially, Infosys reported 4.8 per cent growth and TCS reported 2.7 per cent rise sequentially.

“Wipro reported heathy set of Q1FY22 numbers. We believe the company has reported robust organic revenue growth of 6% and has given strong guidance of 5-7% QoQ in Q2FY22. This coupled with healthy deal wins prompt us to be positive on the stock. We would be revisiting our estimates and target price post the conference call,” said a first cut note from ICICI Direct Research.