Ola signs MoU with Haryana govt to create 10,000 entrepreneurs in the state 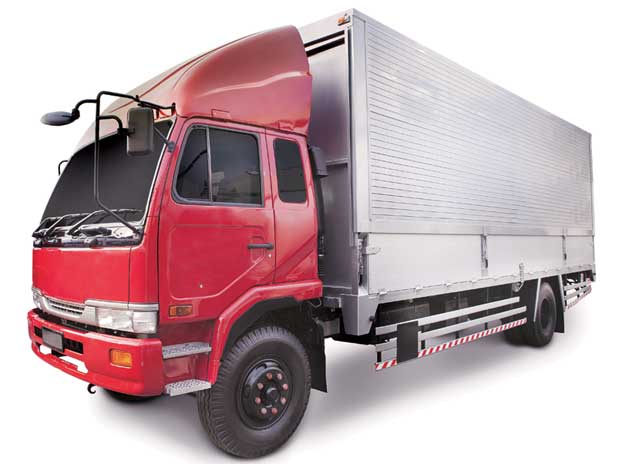 Sales of utility vehicles in Delhi declined over four per cent in January-March after the Supreme Court banned registration of diesel cars with an engine capacity of 2,000 cc and above in the region.

During this period, national sales of utility vehicles grew 15 per cent, on the back of several new launches.

Utility vehicle sales had grown 3.7 per cent in the capital during the nine months ended December 31, 2015. Most utility vehicles sold in the country run on diesel.

In the quarter ended March, sales of passenger vehicles — cars, utility vehicles and vans — declined three per cent in the National Capital Region (NCR), according to the Society of Indian Automobile Manufactures.

The ban came on December 16, to arrest rising pollution.

It affects some utility vehicles and also large diesel cars.

“We do not have data for the whole of the NCR. That will show a much bigger decline for utility vehicles. We are waiting for the next Supreme Court hearing in July and hope the ban will come to an end,” said an industry executive.

There was also a decline of 30 per cent in sales of vans, mainly used as cargo movers or passenger carriers.

While no clear reason was available, industry executives said increased competition in the taxi segment from car makers could be responsible.

The ban, which is still in force, has affected sales of Toyota’s two popular models, Innova and Fortuner.

Mahindra & mahindra, the country’s largest utility vehicle maker was also affected because its popular models Scorpio and XUV500 could not be sold in Delhi.

But M&M introduced a 1,990 cc diesel engine in the affected models for the NCR. Others companies affected are Mercedes-Benz and Jaguar Land Rover. 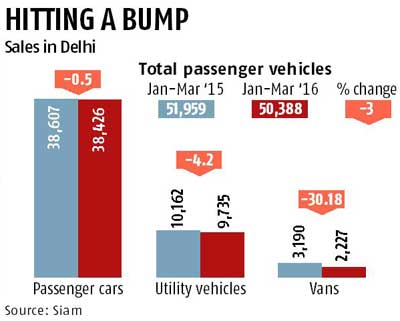 Companies not directly affected by the ban have also seen a decline in demand for diesel vehicles. The falling price gap with petrol is making buyers shift away from diesel.

The declining sales in Delhi, which accounts for seven per cent of utility vehicle sales, comes at a time when the national utility vehicle market has grown to a record high.

The launch of several compact utility vehicles has pushed sales. Maruti Suzuki, Hyundai, Honda and M&M entered this segment in the past year.