Troubles behind it, Cadila surges aheadlkjlkjkjlkjj 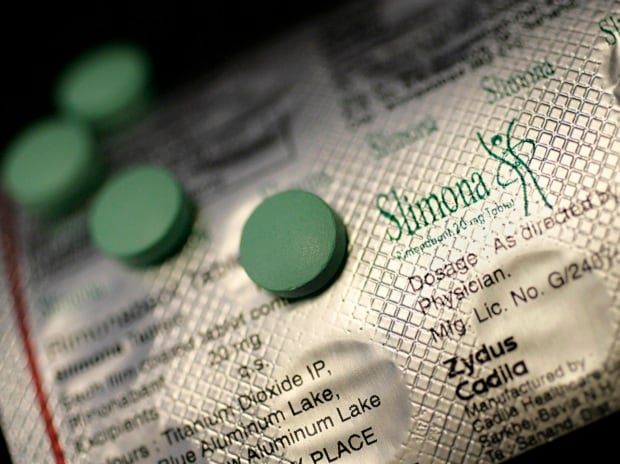 The shares of pharma major Cadila Healthcare, also known as Zydus Cadila, have been on a roll for the past few weeks. The stock's value rose almost 55 per cent to a six-month high of Rs 548.35 on June 12. Cadila has edged past Lupin to become the second-most valuable pharmaceutical company by market capitalisation at Rs 54,719 crore.

There were two triggers behind this sharp rise; one, the US Food and Drug Administration’s approval for the generic version of an ulcerative colitis drug Lialda (which has sales of $ 1.14 billion in the US); and two, the expectation of FDA clearance of its Moraiya facility (which came in on June 21).

The clearance for the Moraiya plant comes as a big boost for Cadila’s growth plans. Edelweiss analysts say the clearance may pave the way for a host of approvals, including niche ones, which could drive Cadila Healthcare's US growth by 26 per cent during FY17-19.

The Moraiya plant, which contributes around 60 per cent to Cadila’s US sales, was served a warning letter in December 2015. This led to delays in product approvals and a fall in earning estimates. As such, a slew of Abbreviated New Drug Application (ANDA) approvals (around 70) is expected. Edelweiss Analysts Deepak Malik says Cadila Healthcare could double its US business over the next three years.

“Cadila Healthcare aspires to double its US base business ($553 million currently) over the next three years by launching around 100 new products (around 197 pending ANDAs),” said Edelweiss in a note.

While the Moraiya plant was under USFDA scanner, Cadila share was trading at a discount to its peers.

Sarabjit Kaur Nangra, vice-president (pharma research), Angel Broking, says: “Cadila Healthcare got 10 ANDA approvals in 2016-17. It has the largest pipeline in the whole industry. We expect to see at least 20-25 launches in the US during the fiscal.”

The trend so far supports her claim. From just 10 approvals in 2016-17, Cadila Healthcare has already bagged 14 ANDA approvals since April 2017. Of these, four are from its Moraiya plant.

At a time when several Indian pharma companies such as Lupin, IPCA Labs, Sun Pharma and Torrent Pharma are struggling in the US market due to delays in approvals, price erosion and intensified competition, Cadila Healthcare appears to be surging ahead. It has posted growth in its US business for the fourth quarter of FY17.

The generic Lialda is going to be a key product for Cadila in the US. Angel Broking estimates the company can add $60 million in sales and $20 million in net profit in the US market during the current financial year from Lialda. A launch is expected next quarter, and what is keeping Cadila’s hopes high is that no other company has even received a tentative approval for the drug in the US at the moment. This would mean that price erosion could be slow.

But Lailda is not the only medicine Cadila is betting on. Transdermal products, wherein medicines are delivered across the skin, form a big part of its plans as well. The segment has limited competition with four main players, Mylan, Sandoz, Dr Reddy's Lab and Cadila Healthcare, and is expected to start contributing to Cadila’s revenue in CY17 with two approvals, Clonidine (market size $200 million) and Estradiol (market size $100 million).

Biosimilars is another focus area in the US. “Having successfully launched eight biosimilars in India, Cadila Healthcare aims to enter the biosimilars space in the US. Since the products are already developed, the key factor would be to understand FDA’s data requirements,” Edelweiss said in its report.

Yet is the single-minded focus on US risky? The EU contributes to just 3-4 per cent of its revenues, and the emerging markets have a similar contribution. However, analysts point out that the US is not as much a price sensitive market like the EU. “The EU is mostly institutional business, and hence the bargaining power, and, in turn, the margins are lower compared to the US. Large Caps usually maintain a foothold over the EU market so as to diversify their exports portfolio,” says Nangra.

Besides, Cadila Healthcare has cash cows like its animal health, consumer wellness and the domestic formulations business, which, analysts say, do not need major investments, but continue to yield returns.

For its animal health business, for example, Cadila expects growth from export and aims to increase its share in the revenue from 3 per cent to 8-10 per cent by 2020. Acquisition of brands and manufacturing facility from Zoetis has given it entry into livestock and poultry segments.

From emerging markets (Brazil, Philippines, Vietnam, Sudan, Sri Lanka, South Africa, Uganda and Nairobi), it is targeting a revenue of $500 million in the next three years.

On the domestic front, though, the uncertain business environment might create some fluctuations. “Entrepreneurs have not much legroom left, as the industry is hardly driven by market dynamics now. It is impacted by uncertain policies of the Centre,” says a Mumbai-based analyst.

Nonetheless, analysts expect the company to clock double-digit growth in domestic space for the next three years. Vaccines, biologics segment and new acquisitions will be key growth drivers.