For the World Cup, Achilles will move out of his lifelong home of the basements of the Hermitage

A deaf, white-furred Hermitage male cat Achilles is soon to begin his work as Russia's official soothsayer for the World Cup, following in the tentacle-prints of Paul the Octopus who became a star in 2010.

Paul the Octopus became the world's most famous mollusc when he correctly predicted all the matches of the German team during the South African World Cup. He went on to predict the victory of Spain in the final.

Paul predicted winners for that years' World Cup by choosing one out of two boxes containing food, while Achilles will be presented with bowls marked with teams' flags.

"We went for Achilles because he is beautiful, first of all, but also because -- like all white cats with blue eyes -- he is deaf, so he has a great deal of intuition, he sees with his heart," said Anna Kasatkina, a vet who oversees guard-cats at Saint Petersburg's Hermitage museum.

For the World Cup, Achilles will move out of his lifelong home of the basements of the Hermitage, where he works with a team of dozens of other cats to keep the world-famous museum free of rodents.

Instead he will live at the "Cat Republic" cafe nearby.

"The prediction will take place a day before the teams of the host and the guests from Saudi Arabia will meet in Moscow's Luzhniki," the committee said in a statement on Saturday, reports Tass news agency.

"On June 13 at 2 p.m. at a press conference devoted to the opening of the city press center in St. Petersburg, which will take place in the House of Journalists, the Hermitage cat Achilles will choose the winner team at the first match of the 2018 FIFA World Cup," it said.

Achilles will choose between two cat food bowls with the flags of the participating countries.

The Hermitage cat was right about the outcomes of three out of four 2017 Confederations Cup matches played in St. Petersburg, including the opening and final matches. His "performance" during the World Cup is a joint project on developing tourism of St. Petersburg and the Hermitage Museum.

The Hermitage, founded in 1754 by Russian Empress Catherine the Great and now one of the largest museums in the world, officially announced the name of the 2017 Confederations Cup animal oracle on Thursday.

Maria Khaltunen, a press secretary for Hermitage cats, said back in 2017 Achilles had been selected as the animal oracle as "he had displayed capabilities for choice, analysis and unusual behavior."

Moreover, Achilles is deaf as many white cats are, yet this impairment does not sidetrack the feline and lets him better concentrate on his predictions.

The cat is not the first animal to be positioned as the successor to the celebrated Paul.

Swiss guinea pig Madame Shiva made a play for the crown in 2014, as did British Piranha Pele, but neither quite had Paul's foresight. 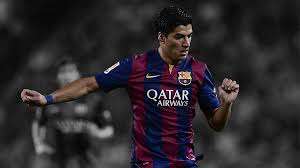