Corporate governance experts claim it could trigger a trend 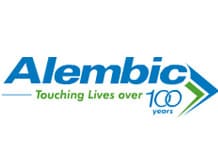 Shareholders demanding a board seat at Alembic, the oldest pharmaceutical firm in the country, to ensure better returns could trigger a similar trend elsewhere, said proxy advisory firms and corporate governance experts.

“We are going to see small shareholders increasingly use this mechanism to voice their concerns,” said Shriram Subramanian, managing director of proxy advisory and corporate governance firm InGovern Research Services.

“Such things happen quite often in the US; this is something new in India,” he added.

Another proxy advisor firm, Institutional Investor Advisory Services (IIAS), said this case will define the equation between companies and their shareholders, but more importantly, assess the protection that regulations offer the small investor.

“While small shareholders have attempted to get board seats in the past through this route, this is possibly one of the first cases where a set of sophisticated, discerning shareholders are leveraging this regulation,” it added.

Subramanian, however, said this would require a lot of effort, time and money.

On July 12, Alembic received a notice from Unifi Capital, a portfolio management company, proposing Murali Rajagopalachari’s name as a small shareholders’ director under Section 151 of the Companies Act 2013.

Small shareholders (under the banner of Unifi) are trying to get their nominee appointed to the Alembic board. However, sources in the investor community said that most of these minority shareholders (around 440 of 1,000) were “created” in the last three days.

The initial plan of a group of small investors was to move a resolution to appoint Rajagopalachari to the board at the company’s annual general meeting (AGM) on July 28. However, this is now off the list of resolutions to be put to vote at the AGM. The voting would now happen through postal ballot.

Alembic de-merged Alembic Pharma in 2011 with the intention of pursuing growth in formulations and export businesses. The holding company, Alembic, has interests in real estate (it has unused land assets), too. It also has a market capitalisation of Rs 1,190 crore, but holds 30 per cent in Alembic Pharma, which has a market capitalisation of a little over Rs 10,304 crore. Many small shareholders feel the share is undervalued and there is potential to unlock it.

While Unifi Capital did not answer e-mails sent to them, they are estimated to have around 3 per cent stake in Alembic. This could not be verified.

The company could, however, take recourse to technical grounds for refusal to appoint such a director, said legal experts.

“It might say the director proposed by the small shareholders does not meet requirements and eligibility criteria of an independent director under law,” said Lalit Kumar, partner, J Sagar Associates.

An IIAS statement said, “the board has discretionary powers — and not absolute, as many argue, and may consider quashing Murali Rajagopalachari’s appointment as a small shareholders’ director. But, these discretionary powers are given to the board to protect the company against frivolous agendas, or incompetence, or both”.

The proxy advisory firm said for the board to use these discretionary powers to turn down a genuine agenda will be a misuse of the regulatory headroom it has been provided.