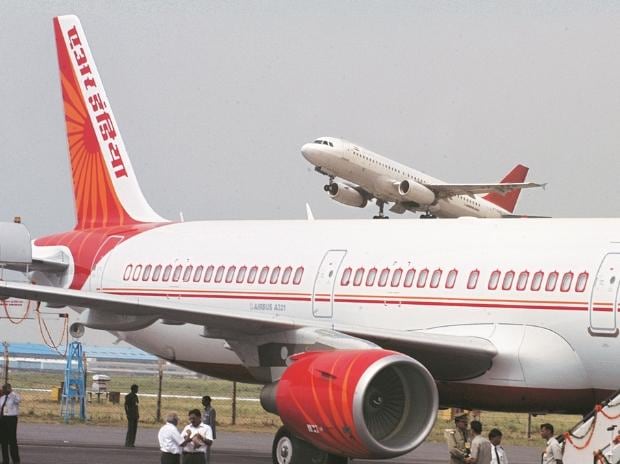 With over 500 of its pilots and cabin crew coming under the DGCA scanner for skipping mandatory alcohol tests, Air India has told the regulator that there has been no violation even as a pilots' grouping has threatened to go on protest if any action is taken.

The DGCA has found 132 pilots and 434 cabin crew of Air India to have allegedly skipped the mandatory pre- and post- flight alcohol test this year and they face the prospect of being grounded.testing.. we are here....

Air India pilots' union ICPA has threatened to go on protest against a senior official at the DGCA if the airline staff are suspended.

Earlier this week, Air India CMD Rajiv Bansal told the DGCA that pilots should not be punished for something that is not their fault.

"There has been no violation of any nature by pilots and the cabin crew and the management has not introduced medical checks at transit stations due to interpretation of language of DGCA CAR (Civil Aviation Requirement).

"It is requested that a lenient view be taken a suspension proposed for three months for such a large number of crew be not implemented," Bansal said in a letter.

He also assured the regulator that the airline had taken "immediate corrective action."

The Directorate General of Civil Aviation (DGCA) had written to Air India informing it of a likely action against some of its pilots and crew members for skipping the mandatory alcohol tests.

In a statement today, Indian Commercial Pilot's Association (ICPA) said, "if even one of our innocent member pilot becomes a victim of DGCA for no fault of the pilot", the union would resort to a full-fledged protest against a senior official at the regulator.

The union has also blamed the official for "victimisation towards a section of pilots".

The union also wondered why has the DGCA been selective in its action and allegedly picked only two flights of narrow body aircraft of Air India and left out wide body flights.

As part of the DGCA's safety regulations, all pilots and cabin crew must undergo the breath analyser test before and after flights.

Any crew member who tests positive in the pre-flight medical check or refuses to take a breath analyser test is required to be taken off flying duty for at least four weeks and the airline is required to initiate disciplinary proceedings, according to civil aviation rules.

Warning: file_get_contents(/usr2/data/content/bs/article/17/09/117082900007.json): failed to open stream: No such file or directory in /usr2/unibs/application/modules/article/controllers/ManagerController.php on line 1123

Warning: file_get_contents(/usr2/data/content/bs/article/17/09/117073100004.json): failed to open stream: No such file or directory in /usr2/unibs/application/modules/article/controllers/ManagerController.php on line 1123

Warning: file_get_contents(/usr2/data/content/bs/article/17/09/117072601870.json): failed to open stream: No such file or directory in /usr2/unibs/application/modules/article/controllers/ManagerController.php on line 1123