In August 2014, Mylan had filed the abbreviated new drug application for multiple sclerosis drug Copaxone 40 mg/ml with the US FDA 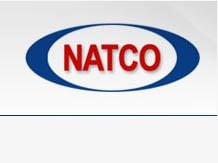 Hyderabad-based Natco Pharma on Thursday announced that the US Patent and Trademark Office(PTO) has ruled in favour of its marketing partner, Mylan, in its new trial proceedings on patentability and found all claims of two related Copaxone 40 mg/ml patents as unpatentable.

In August 2014, Mylan had filed the abbreviated new drug application (ANDA) for multiple sclerosis drug Copaxone 40 mg/ml with the US Food and Drug Administration(US FDA), besides challenging the patent claims of the Teva which owns the drug.

A third petition filed by Mylan seeking inter partes review (IPR) or new trial proceeding on another patent related to Copaxone was pending before PTO's Patent and Appeal Board (PTAB) and a decision is expected on or before September, 2016, according to Natco.

However the PTAB had found Mylan's application against a fourth Copaxone patent as ineligible for post grant review for procedural reasons on August 15, the company said.

This blockbuster multiple sclerosis drug enjoyed a market size of over $ 8 billion before the generic versions of the drug were started entering the market after 2014.

"Mylan believes that today's favorable ruling in the IPR against the '250 and '413 patents strongly undermines the '776(the fourth patent) as well. As such, Mylan will proceed with pursuing all avenues to challenge the '776 patent," Natco said indicating the work that still remains to clear the legal path for a possible launch of their generic Copaxone in the US.

In April 2015 the US drug regulator had approved Copaxone generic versions of Momenta Pharmaceuticals and the Sandoz unit of Novartis AG , who were collaborating on the drug . In June, 2015 Sandoz announced the launch of its generic version of Copaxone, Glatopa soon after the US Court of Appeals for Federal Circuit termed Teva's patent on Copaxone 20 mg/ml invalid.

Natco's marketing partner Mylan believes it is one of the first companies to have filed a substantially complete ANDA containing a Paragraph IV certification for this three-times-per-week Glatiramer Acetate Injection 40 mg/ml, and expects to be eligible for 180 days of marketing exclusivity in the US upon final FDA approval.

The Natco share price ended 4.32 percent or Rs 28.30 higher at Rs 683.50 per share today on Bombay Stock Exchange on the back of positive news on Copaxone as well as the successful Establishment Inspection Report(EIR) from the US FDA for the inspection conducted at its chemical division in Chennai.