Toyota sales up 15% in August

Voice calls to be free, may force the incumbents to lower voice charges, affecting their margins 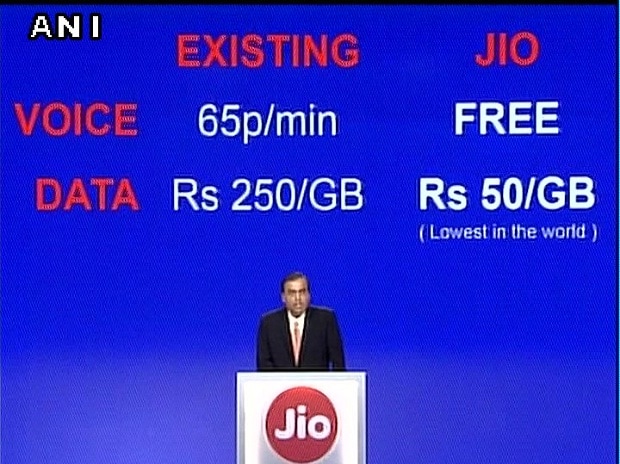 Unleashing a disruption in the telecom market of the country, Reliance Industries Chairman Mukesh Ambani today announced that its telecom unit Jio will always offer free voices calls and data at 1/10th of the current rates offered by existing operators.

The announcement by Ambani is likely to hit the incumbents hard as currently about 70 per cent of the revenues come from voice calls. The free voice move by Jio may force the incumbents to lower voice charges, affecting their margins.

Further intensifying competition in data market, Jio which will start offering full bouquet of its services to everybody without restrictions starting September 5, will give 1 GB of data for Rs 50 as against the current rate of about Rs 250 per GB. The commercial launch is likely to take place on December 31. Also Jio will offer unlimited LTE data at night.

“Jio will put an end to voice call charges in India. No Jio customer will ever have to pay for voice calls again,” Ambani said during the AGM. Along with the free voice calling, the RIL chairman also announced that there will be no roaming charges.

Jio will have price points starting from Rs 19 for the occasional data user to a monthly Rs 149 plan for the light data user. The heavy data users can have a monthly plan of Rs 4,999.

“These are the simplest and the most attractive tariff plans in the market, with the lowest data rates anywhere in the world,” Ambani said.

Reacting to the announcement of free voice calls, the stock of telecom companies including Bharti Airtel and Idea Cellular slipped over 8 per cent in the afternoon trade.

In a treat to customers, Ambani also announced that Jio apps subscription worth Rs 15,000 will be free until December 31.

Taking a jibe at the existing telecom operators’ network, Ambani said most of the legacy networks are not built for data or internet but for voice and SMS whereas Jio’s network is an all-IP network and the only language spoke on its network is that of internet.

He also said as of now, Jio’s network covers 18,000 cities and towns and over 2 lakh villages and by March 2017, the company will cover 90 per cent of India’s population.

Ambani also charged upon the incumbent operators for deliberately dropping calls. He said in the last week alone, Jio customers suffered over 5 crore call failures to other networks because of insufficient interconnect capacity.

“Telecom operators have legal obligations, as part of licence conditions to provide points of interconnects to other operators. Likewise they have an obligation to also not limit customers right to migrate to Jio using mobile number portability,” Ambani said.

He further said, “I appeal to my fellow operators to do their part to create a fair framework of competition that is good for India and Indian customers.”