JUST IN
You are here: Home » Companies » Results
oceam

'The war against pirates has just begun' 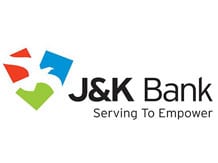 However, the bank fared better when sequentially compared, as it had reported a loss of Rs 56.02 crore in the last quarter of the previous year.

Total income fell to Rs 1,789.05 crore during the quarter under review as against 1,888.35 crore in the same period a year ago, the bank said in a regulatory filing.

There was asset quality dent to the bank's balance sheet as gross non-performing assets (NPAs) rose to 9.31% of gross advances as on June 2016, up 6.63% a year ago.