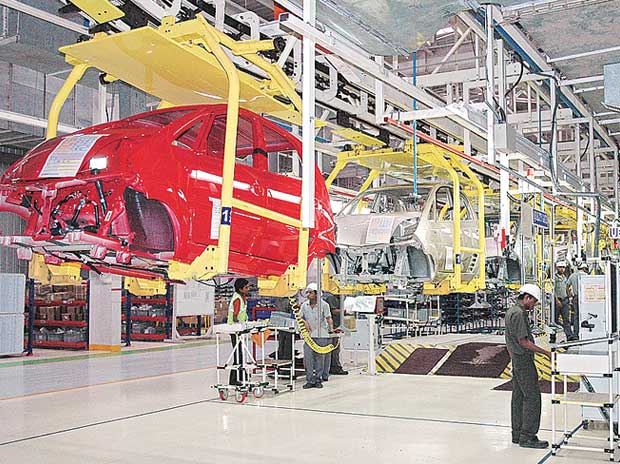 In full festive throttle, the passenger vehicle (cars, utility vehicles and vans) segment has posted strong double-digit domestic sales growth of over 16 per cent in August. Sales have been strong, with dealers stocking up for the festive demand. Others positive triggers have been a good monsoon, higher pay for government employees and lifting of the ban on 2,000 cc diesel vehicles in the Delhi-National Capital Region (NCR). 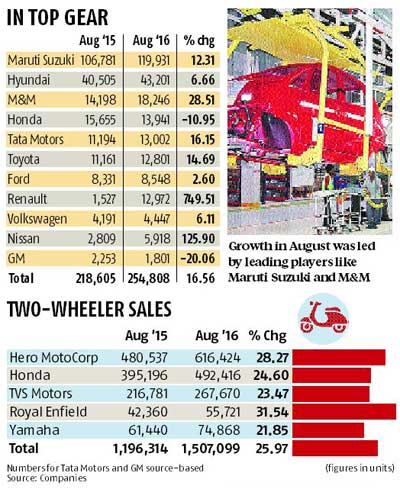 The second largest player, Hyundai, is estimated to have grown sales by 6.7 per cent to over 43,201 units. Rakesh Srivastava, senior vice-president (sales & marketing) at the Korean automaker said good monsoons and positive macroeconomic factors will continue to support the demand for cars.

Tata Motors has also reported a double-digit growth with the help of its new hatchback, Tiago. Toyota, which launched a new Innova in May this year and petrol variant of Innova last month, has grown sales by 14.7 per cent. Its growth also comes as it resumed sales of diesel Toyota and Fortuner in NCR after Supreme Court lifted the eight-month old ban on August 12.


Renault continued to see a strong three-digit growth on the back of its small car Kwid, launched in September last year. Its alliance partner, Nissan, also registered a three-digit growth with the help of its new vehicle Redi-GO. Volkswagen and Ford saw a growth of six and two per cent, respectively.


“There is excitement in the market due to new products and other positive triggers like monsoon, higher salaries of government employees and the festive demand,” said Amit Kaushik, country head (India) for UK-based automotive consulting firm JATO Dynamics.