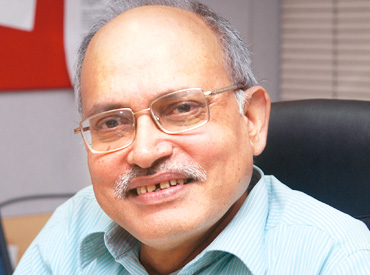 Global info tech giant Google's first India product, Tez, a digital payment app, has got 12 million users in 10 weeks. Thanks to, among other things, massive cashbacks to users on every transaction.

Google recently said its mobile wallet had processed over 140 million transactions in a short span. The company has tied up with as many as 70 utility providers, including BSES and Dish TV.

Taking on current market leaders such as Paytm (280 mn users) and MobiKwik, Google plans to add services for merchants and sellers to widen the use of Tez.

"In terms of things associated with payments, it (cashbacks) is just a sprinkling here and designed to make it fun. Referral cashbacks are an important way introducing people to the product. It is different from what other people have done. It is a lower cost method of customer acquisition. Referral cashbacks are a strong way of combining relatively low cost acquisition," she said.

Many others offered more rewards for referrals but few had seen such a success, she contended. "I think it is a combination of people having incentive to refer but also believing in the app."

The company has invested a lot in this product and hopes it becomes one of the top five from Google in the near future. It plans to bring cards and wallets to the Tez platform next year.

"Google Tez is the biggest commitment the company has made in recent times. There are well over 100 engineers working on the product which is being developed all around the world," said Layfield.

On the projected number of users by next year, she said they were not having any hard targets. "Rather than setting such targets, our focus is on building a better product. Bill payments will add a new set of users."

"In 2018, we will add more services to Tez for merchants," Ceaser Sengupta, vice-president, Next Billion Users at Google, had recently said. The company said the government-promoted Bhim United Payments Interface had seen 16-fold growth from March to November, thanks to Google Tez. "Tez accounts for 73 percent of Bhim UPI transactions. We have tie-ups with Axis Bank, HDFC, ICICI and SBI," said Sengupta.

Services--- Bill and utility payments, financial services, events and movie ticketing, among others