Maharashtra to examine the land monetization models of NY, Shanghai to mop up Rs 2 lakh crore 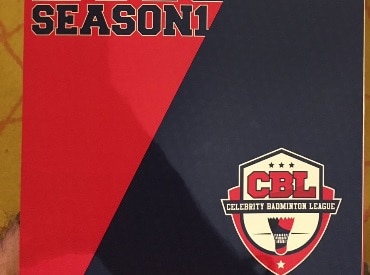 CBL follows the Indian Premiere League model but the players will only be film actors, of which 30 per cent would be female actors, said Hemachandran, founder & chief executive officer, CBL.

He added CBL is bringing together the entire South Indian film industry in its first season and has a potential of becoming a national league by the next edition.

CBL has four different teams. A start-up, Celebrity Badminton league, has raised $0.5 million (around Rs 3.3 crore) within six months of its launch from JP Academy, a company that looks at investing into such sporting events.

He says with this infusion, the value of the company has reached Rs 10 crore and after the league, film stars have signed up the valuation would be Rs 87 crore. The company hopes to dilute around 25 per cent and Hemachandran says two investors have already shown interest in picking up stake.

Hemachandran is confident that while the teams will break-even this year, the company would take one more season to achieve profitability.

Each team the owner is responsible for a franchisee that represents the Kollywood, Mollywood, Sandalwood and Tollywood. Each Franchisee has made an investment of Rs 2 crore that includes franchise fee, celebrity costs and event management expenses. The total cost of hosting the celebrity league spanning the four states, with the finals to be played at Kuala Lumpur, Malaysia would exceed a sum of Rs 15 crore.

The format allows the team owner to collect 15 per cent from the central revenue generated by CBL, apart from acquiring individual team sponsorships to subsidise the cost of purchasing the team. The team owner will in turn bear the franchise fee, local promotion cost, event management, logistics and the money that will be charged by the celebrities for participation.”

J Praveen, director, JP Academy added unlike other celebrity leagues believes and propagates that the sport should be pursued in right earnestness while giving all the stakeholders a value for the money.

Apart from the Chennai leg where the tournament will be launched and inaugurated on September 17, matches will also be hosted across the other southern centres such as Kochi, Bengaluru and Hyderabad.

Chennai franchise, Chennai Rockers, is owned by C R Venkatesh, who is the managing director and CEO of Dot Com Infoway, ADATHA, GMASA and Galata Media. Actor Arya would be the captain of the Kollywood badminton team.

Kerala Royals, a franchise owned by Ranjit Karunakaran, who is the chairman of EAK group of companies and he also interests in hospitality and steel export. Actor Jayaram would be the captain of the Mollywood team.

Karnataka Alps franchise will be owned by Justin and co-owned by Sanghavi. He is the founder of Alpha Digitech and an advisory member in the board of directors of GMASA and Mobilogi, a Malaysian company.

Tollywood Thunders is another franchise wil be owned by Krishnathma Modigapalli, who is the founder of Pebblestone Entertainment a full service company specialising in Celebrity Weddings & Corporate patrons.