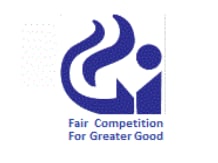 The final order has been passed by CCI, pursuant to the directions issued by the Competition Appellate Tribunal (CAT) remanding the matter back, while setting aside the original order of the fair trade regulator, which had had also imposed fine on cement companies.

Penalising the companies, the CCI said the actions of the companies and the CMA are not only detrimental to the interests of consumers but also to the whole economy, as cement is a critical input in construction and infrastructure industry, and vital to economic development.

Through a separate order, the regulator has slapped Rs 397.51 crore fine on Shree Cement, for unfair businesses practices.

The CAT had, in late 2015, revoked CCI’s order, imposing a combined penalty of Rs 6,316 crore on cement companies for allegedly forming a price cartel.

The tribunal quashed the commission’s order after observing that Ashok Chawla, then CCI chairperson, was party to the order, despite not being present during hearings. The tribunal also allowed the cement companies to withdraw the Rs 630-crore deposited by them in compliance of its interim order. The interim order, in May 2013, had stayed the penalty but asked the companies to deposit 10 per cent of its pending disposal of their appeal.

In June 2012, the commission had fined ACC, Ambuja Cement, UltraTech Cement and Jaiprakash Associates a little over Rs 1,000 crore each for forming a cartel. The other companies fined included Madras Cements, Century Cement, Binani Cement, Lafarge India, JK Cement, India Cements and Grasim Cements (now merged with UltraTech). The CMA was also a party in this case and it was fined a token amount.