JUST IN
You are here: Home » Beyond Business » Columns
;

Fuzzy logic for the liberal arts

This year is the 250th year of his birth, and Tübingen, a charming town southwest Germany where Hölderlin was once a student, is gearing up to celebrate the anniversary 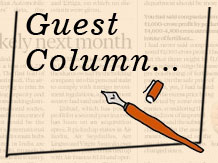 If you get off the bus at the Neckarbucker — the bridge on the Neckar — you might want to wait for a few minutes and look down on the waters and try to imagine what the river might have been in the days of Friedrich Hölderlin. I’m told it was choppier before a network of grids and dams tamed it. You can take a boat ride, and your boatman might point out to you the wooden tower, Hölderinturm, in which the poet lived for the last 36 years of his life, after being diagnosed with schizophrenia. This year is the 250th year of his birth, and Tübingen, a charming university town full of cobbled streets and medieval architecture in southwest Germany where Hölderlin was once a student, is gearing up to celebrate the anniversary.

Few visitors to this town, however, would be aware of its rather sinister Nazi past — or Hölderlin’s unfortunate link to them. In 2016, the city’s Green Party mayor, Boris Palmer, inaugurated 16 historical markers spread out around the city, telling the stories of the victims and the perpetrators. The walk is called “Tübingen History Path to National Socialism”, and the map can be found at the tourist centre near the Neckar bridge. One of the most remarkable sites of the walk is the Synagogueplatz, a monument commemorating the Jewish synagogue that was burned down on November 9, 1938. By 1940, 80 Jews had left the city and 23 were sent to concentration camps. Only two survived till 1945, the end of the war. Walking around the cobbled-stone streets of the central Marktplatz, you can stop at the bronze plaques on the roads remembering the Jews who once lived in these houses.testing.. we are here.... Far-right sentiment has been on the rise in Germany, evidenced by the entry of the AfD in the German Parliament in the elections last year. Boris Palmer, described by some academics in the University of Tübingen as the right in the Green Party, minces no words in relating Chancellor Angela Merkel’s open-door policy for Syrian — and other — refugees as a primary catalyst for the rising popularity of the right. He finds refugees, and Tübingen has its fair share, as mostly ungrateful, and holds them responsible for the rise in crime and the changing optics of German society. He is on record describing young African men migrating to his town as “high risk”.

But, back in 1783, while still a student at the Tübinger Stift, the Protestant teaching hall in town, Hölderlin — along with his friends Georg Wilhelm Friedrich Hegel and Isaac von Sinclair — had planted the Tree of Freedom at the Marktplatz to celebrate the French Revolution. The Nazis thought nothing of this, as they commemorated the 100th year of his death in 1943 and created a cult around Hölderlin, celebrating him as the spiritual leader of the German volk. Historian Nicholas Stargardt, in his book The German War: A Nation Under Arms, 1939-1945, describes him as the poet of the German military defeat. As it became evident to the Germans that World War II could not be won, the Nazis positioned the Third Reich as the fulfilment of Hölderlin’s social vision. The poet was, however, also an inspiration for those who opposed the Reich, especially Sophie Scholl, the leader of the White Rose students’ movement.

On May 8, 1945, Nazi Germany surrendered to the British and the US forces. To celebrate the day, various socialist, anarchist, hippie (there are many in Tübingen) and environmental groups took out a procession from Marktplatz this year. They carried red and black flags. Some wore t-shirts with the slogan: “F*** the Nazis”. Later, a poetry reading was held at the Blue Saloon, a bar on the ground-floor of a student-controlled dormitory, the walls of which are adorned with pictures of Karl Marx, whose 200th birth anniversary is also being celebrated this year. This dormitory is right beside the house of Johann Friedrich Cotta, editor to Johann Wolfgang von Goethe, who lived with him for nine days (7-16 September 1797). There is a plaque celebrating this. The students of the dormitory next door have put up another plaque, ironically claiming: “Here vomited Goethe”. Perhaps nothing beats fascism and narrow nationalism like a good laugh.